And now for the tracks…So many have crossed our path this year, and with the introduction of our hugely popular New Tunes Guide, we’ve been able to highlight hundreds of brilliant tracks, singles and EPs during the course of 2012. Plenty more besides have been included with track reviews, Presents features and Soundbites articles, meaning pulling just 25 out for a special end of year mention has been one tough task. As always, when you’ve been through our list of recommendations, make sure you let us know which Indie Music tracks and singles have been soundtracking your life during 2012.

Live4ever’s Essential Listening 2012 series so far is available in full at the end of this article. Next week, it’s the Albums. 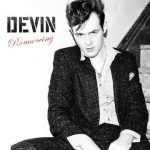 Devin made his first visit to the UK this year, showing off his ‘brash, punk attitude and rockabilly ways’ which also went down a storm at the 2012 South By Southwest festival. The single ‘Masochist’ was included in our New Tunes Guide back in March and went on to enjoy some significant radio support in Britain. 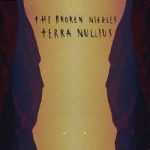 “But with The Broken Needles, something very different is on offer. Sounding like it’s been borne out of the swampy marshes of the Aussie outback rather than late-night Sydney watering holes, ‘Cheap Gin‘, released to showcase new album ‘Terra Nullius‘, is a supremely enjoyable slice of twangy, brassy bluegrass.” 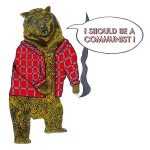 23: This Many Boyfriends – Communist

This Many Boyfriends were booked on sellout tours of the UK with the likes of The Cribs and Allo Darlin’ this year, and released their ‘toe-tappingly catchy’ single ‘(I Should Be A) Communist’ in May. The song, described by the band as being about ‘our bass player, money and cardigans’, was produced by Ryan Jarman. 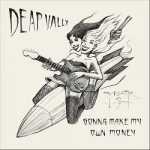 A good bet to be stars by this time next year, Deap Vally first introduced themselves to Live4ever on a June edition of our New Tunes Guide with the agenda setting ‘Gonna Make My Own Money’. The track was billed as ‘blues down to its simplest, most fundamental form: beat, melody, and meaning’. 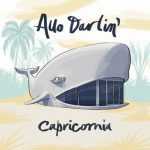 They continued the momentum of their debut with the release of ‘Europe’ earlier this year. With Elizabeth Morris up front, the track ‘Capricornia’ effortlessly showed off why we were told the London-based band ‘create perfect, sophisticated pop gems and know how to put on a joyous, effervescent, fun-filled live show’. 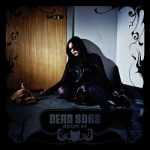 ‘Sheffield’s finest purveyors of desert rock’ had shared a bill with Miles Kane, The Vaccines and Anna Calvi no less when the Arctic Monkeys played the Don Valley Bowl in 2011, and continued to show a darker side to the city with the release of the single ‘Room 54′ through Leeds label Dead Young Records on June 4th this year. 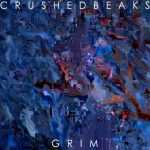 They teamed up with Jonny Sanders for ‘Grim’s video in a bid to highlight an ‘adoration for the golden era of 70’s and 80’s Italian horror cinema’. The resultant promo certainly delivers, and was sold to the New Tunes Guide as ‘combining the shotgun-pop speed of the track with a dazzling array of surrealist and terrifying imagery’. 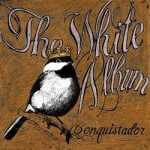 ‘Conquistador’ arrived on September 24th, a collection of six folky tracks recorded in the Denmark band’s own forest cabin. That air and tranquility skillfully found its way on to the album, with opening track ‘Counting Treasures’ sharply described as ‘a heart-wrenching sonnet that builds to a military march’. 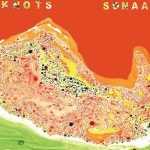 “Will follow-up their self-titled debut on May 21st with ‘Knots‘. New album track ‘Matthew‘, released as a free download, shows the band cutting loose from the basic acoustic notions of that debut, while still retaining an understated power which demands attention, with brass and strings adding solidity to fragile origins.” 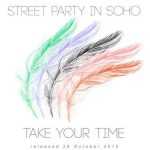 Street Party In Soho displayed the influences of Bloc Party, Bombay Bicycle Club and The Libertines on their debut single ‘Take Your Time’. At just 16 years old, the confidence is undoubtedly impressive and just as infectious. Street Party In Soho were described to us as ‘the future’. On this evidence, they might just be right. 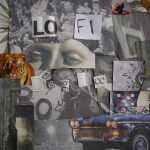 Larry Reid’s trip to Berlin shared little in common with those who have gone before him: “His previous band moved there from Glasgow, but collapsed without warning, leaving Reid in a strange city with only his Fender Jazzmaster, a Vox amplifier, a suitcase full of clothes, and no obvious road back home.” 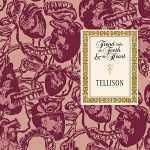 14: Tellison – Freud Links The Teeth and The Heart

“Offers a quirky, awkward and understated look at love in the grandest tradition of The Divine Comedy and Belle & Sebastian. In a superb twist of metaphor, the band bring their emotions to the familiarly unnerving surroundings of a dentist‘s waiting room, where teeth are aching and hearts are breaking.” 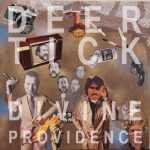 Turn off your mind, but don’t relax and float downstream. This album track was offered up by Deer Tick as a free download back in March and is a straight-down-the-middle, no frills rabble rouser. A perfect call to arms for the mad rush to the pub on a Friday night following a particularly soul destroying week. 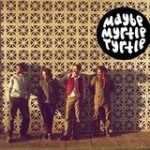 “Obviously folk’s in vogue at the moment thanks to the success of the likes of Mumford & Sons. But the deeper, underlying soul in ‘Another Night‘, the new single from Maybe Myrtle Tyrtle, already elevates them above those big selling counterparts. It helps they didn’t call themselves Mr. Maybe & The Myrtle Tyrtles as well.” 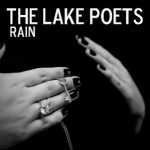 Making itself known just last month, The Lake Poets, AKA Martin Longstaff’s ‘Rain’ is a stunning slice of understated songwriting. Longstaff’s reputation is growing, and sharing the stage with Willy Mason, Get Cape. Wear Cape. Fly, Ben Howard, Withered Hand and The Futureheads will do no harm whatsoever. 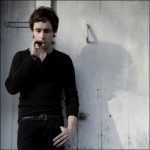 “Depicts a harrowing mythological tale of despair and distress, before the protagonist is set free from the shackles of their psyche through a personal epiphany, cataloging the human form at its lowest ebb, before personal redemption is sought through the solace of love in an adept sub-four minute acoustic stomper.” 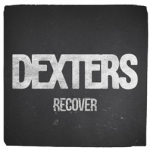 “No boundaries being broken down here, no exploratory roads being discovered, nor any rulebooks being rewritten. It’s the sound of five lads, armed with guitars and drums, distortion and melodies, crates of beer and packets of fags, getting together, turning the amps up, making a racket and having a bloody good time.” 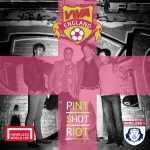 “Paints a bright future of a united England as the short, infectious chorus of the kind which they comfortably excel at muscles in. The elongated outro gradually comes into view with a looping, evolving refrain; pushing the song head-first into terrace chant territory – exactly where all the best football anthems are most at ease.” 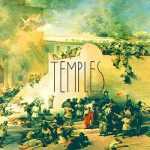 “Temples have no problem in looking backwards as they move forwards. Whilst the other favour some Laurel Canyon inspired revelry, and Aussies add a little prog rock to their psyche-gumbo, Temples adopt a Byrdsian outlook circa ‘Eight Miles High‘, even adding some twelve-string Rickenbacker firepower to wit.” 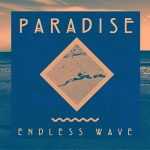 “Paradise’s clarion call to naturally attained bliss in the repetition of the lines ‘all aboard my friends, here comes the endless wave’ instills an aura of meditative beach life tranquility to the overall feel of the track, with sprightly country infused lead guitar bursts creating a welcome brand of ecstasy.” 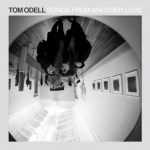 Like Jake Bugg at the start of the year, from the first strains of Tom Odell’s debut track ‘Another Love’ you’re left in no doubt that a star is about to be born. It was August when ‘Sense’ arrived on our desk, and ‘Another Love’ soon followed in September. 2013 is looking like a real breakthrough year. 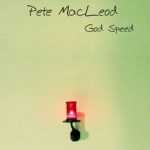 “One of a trio of self released singles dedicated to Pete Macleod’s father’s battle with cancer, it is an uplifting track full of warm summer sun melodies and comforting intimations. With strains of hope and optimism, ‘God Speed’ ambles along with a comfortable acoustic rhythm leading the way.” 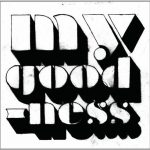 We were told ‘the Seattle music scene, famous for its contribution to breeding amazing musicians in the USA’ had ‘once again delivered another rocking band that are coming for your ears’ when My Goodness released the ‘energy-packed blues-rock’ of debut single ‘C’Mon Doll’ in May. How could we resist? 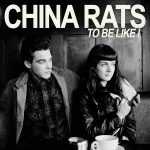 ‘All swagger and tight jeans’ and ‘inspired by a love of punk’s riotous guitars, 50′s pop and classic British guitar bands’, CR got together just last year whilst studying in Leeds, and can already count the likes of Alan Raw (BBC Introducing), Huw Stevens (Radio 1) and Tom Robinson (6Music) as fans. Live4ever too. 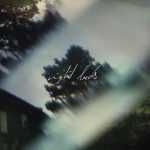 As fragile and beautiful as stained glass, ‘Even If We Try’ is already a masterpiece. Led by Winston Yellen of Nashville by way of Colorado Springs, it’s all mournful vocals, lush, sensitive production and playful string interludes. The track made its way onto Live4ever’s speakers in late October, and hasn’t been off since.