During the past year, writers, guest reviewers and photographers have been out covering gigs in cities from Melbourne to Glasgow, Austin to London for Live4ever as we paid witness to some of 2012’s biggest live music events, as well as some unexpected delights. Whether it’s four Manchester legends returning home and creating history in the process, or a bunch of last minute, bandana-clad Kiwis stealing the show in Austin, we’ve brought together just some of our highlights for the next part of Live4ever’s Essential Listening 2012 series.

Don’t forget to leave a comment below letting us know who has provided your favourite live experience of the previous twelve months. 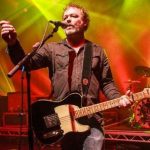 Brighton based rock band The Levellers, who won BBC Radio 2′s Roots Award at the 2011 Folk Awards, released album number 14 ‘Static in the Airwaves’ in 2012. Live4ever photographer Richie Soans caught up with the veterans at their recent O2 Shepherd’s Bush Empire appearance in London. 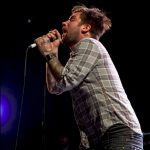 Every Time I Die are a hardcore punk band from Buffalo, NY. Their sixth studio album, ‘Ex Lives’ – the follow-up to 2009’s ‘New Junk Aesthetic’ – was released in March 2012 and hit the US Top 40. Live4ever’s contributing photographer Dwayne Larson captured these shots during their stop in Winnipeg. 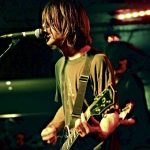 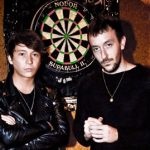 “LoveLife used CMJ to show off a growth in their output since the first New York shows earlier this summer. This new direction of dark-synth pop and dance beats being explored by chief members Ally Young and Lee Newell is a favourable one, and should make for an intriguing second EP when it drops in December.” 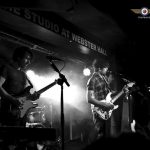 Glaswegian alt rockers Twin Atlantic stopped by The Studio in NYC in support of UK headliners You Me at Six and won over the capacity crowd of hard to please New Yorkers from the get go with their signature tight, energetic set. Twin Atlantic are Sam McTrusty, Barry McKenna, Ross McNae and Craig Kneale. 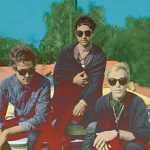 “Nielsen and company sprinkled in some interesting covers that spoke not only to the oddball influence behind their recorded output, but also to the upscale aspiration of their act. ‘Lucifer Sam‘ is an early Pink Floyd piece about a possessed cat that they rolled out with the right amount of dread-filled derangement.” 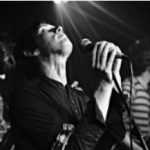 Manchester six piece Folks have been creating a stir supporting acts such as Noel Gallagher, Miles Kane and Band of Skulls. They have released the singles ‘Avalanche’ and ‘Nest’ this year. Live4ever’s Andy Crossland covered their show, this time backing We Are Augustines at Shepherds Bush Empire. 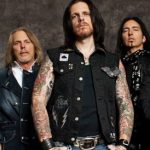 “‘Don’t Believe A Word‘ rolls along; the band are hitting their stride. The guitar harmonies, star attraction of the Lizzy sound, are coming to the fore at last. ‘Still In Love With You‘ sees the band rein in their over-indulgences with a magnificent slow blues, showing off that invincible twin guitar attack.” 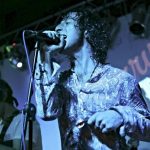 UK blues rockers Proud Mary were discovered by Noel Gallagher, and were the first to sign to the former Oasis star’s Sour Mash label when they released the 2001 debut album ‘The Same Old Blues’. Check out these exclusive snaps taken at their appearance at the Purple Turtle in Camden back in July. 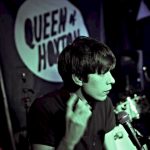 This Feeling celebrated their 6th birthday at the Queen of Hoxton. They offered up a heady mixture of up and coming live acts, resident DJs and exciting special guests. Live4ever was in the house to cover ‘London’s most Rock ’n’ roll night out’. Our gallery features the likes of Vigo Thieves, Dexters and Life On Film. 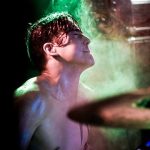 Armed with their most recent ‘Gangs’ album (2011), Belfast instrumental rockers And So I Watch You From Afar are always a sure guarantee for a ferocious live show. We were on stage with them during their performance at a steamy, packed Studio at Webster Hall in New York City, published in September. 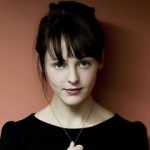 “That the show had drawn to a close wasn’t an issue, the reverberating echo of her voice, the power left behind in the stead of her impassioned performance, meant that the theatre was bubbling with a charming air of grace and purity long after the lights had dimmed, and long after the speakers had muted.” 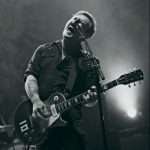 New Jersey rockers The Gaslight Anthem whose influences include The Boss, The Replacements and alternative veterans Pearl Jam, paid Brixton Academy a visit on October 17th as part of the extensive touring for their 2012 LP ‘Handwritten’. Our Andy Crossland was there to capture the action for you. 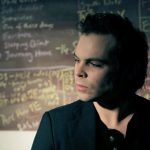 “Situated in a basement with a character not dissimilar to the Industrial Zone in The Crystal Maze, London’s XOYO is a relatively small venue for a man of Coombes’ status. Usually associated with festival top lining, his solo tour is like a personal encounter with the former Supergrass frontman and all the more rewarding for it.” 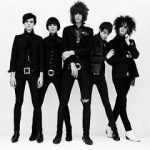 “The crowd remain rapt throughout the energetic garage rock of ‘Monica Gems‘, its opening buckshot guitars sounding titanic, and spacy set closer ‘Moving Further Away‘, before the band bid farewell to Glasgow on the rescinding notes of this extended version. Whatever ‘Skying’ is, The Horrors have mastered it.” 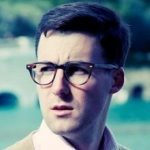 “With his horn-rimmed frames, buttoned-up suit and clean-cut crop, the 25 year-old California native has considerably less in common with the skate-punk slackerism of his own generation than he does with the scotch-&-water swank of his parents’. On stage, he continued to look every bit the part of vintage soulman.” 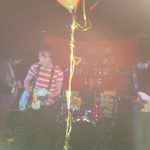 9: By The Sea @ Kazimier’s Garden Gathering

“Between the crumbling Victorian warehouse buildings, there is a garden. It’s quite an unexpected find, but then again this is quite an unusual garden. A tentative step through the garden gate reveals an array of bunting, flowers and fairy lights that festoon the stage that awaits the protagonists of this review…” 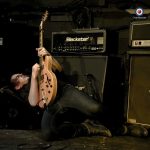 “There’s a different buzz than the last time we were here. Somebody said at 2 o’clock last night there was cops like everywhere. We were drinking cans by the lake and we got ushered on by two cops on horses, which was really scary! There was torches in our faces, they were saying: ‘What’s going on?” 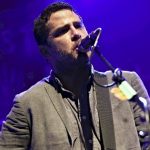 7: We Are Augustines @ Shepherds Bush Empire

Brooklyn based We Are Augustines have been out on the road for most of 2012 and wrapped up a headlining tour of the UK in Birmingham last October. We caught up with them during their fabulous performance at London O2 Shepherds Bush Empire last week. Andy Crossland’s lens captured the evening for us. 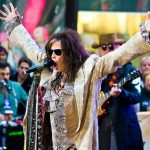 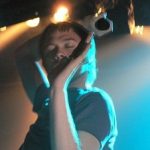 “In preparing the crowd for one last-chorus, Meighan rallied his troops, as if he was preparing them for a war, he got everyone in attendance down to a crouching position and then slowly made them rise for one final bursting chorus, imploding the song onto the crowd like a crackling midnight display of fireworks.” 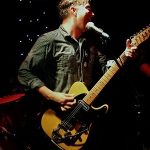 “The band’s real strength lies in mid-50s rock ‘n’ roll and for a five-piece (keys, sax, stand-up bass, drums and guitar/vocals) their sound is BIG; shredding with life-affirming intensity. Their mutual love of music was worn on their sleeves, their interaction and passion inspiring and their energy utterly thrilling.” 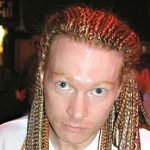 “All good shows need a set closer, and what better than ‘Paradise City‘, during which a lively mosh bursts to life. This epic closes the show out and a deluge of ticker tape explodes into the crowd, showering sweaty heads and blanketing the floor in a sea of red sugar. It’s safe to say Guns N’ Roses have conquered Glasgow.” 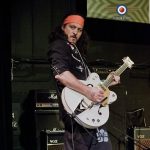 With a last minute invitation in hand, CNF put on a show of rock n roll glory, leaving those in attendance agreed in a verdict unanimously built around the words ‘show’ and ‘stealers’.  They arrived in Austin armed with two EPs dripping in licks, riffs and 70s showmanship, and were an undoubted hit when performing at SXSW. 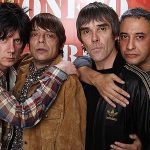 “Which other band gets their riffs sang back to them? Brown nails it. Possibly aided by his cast of thousands, he hits the notes with ease. Rather than the hushed tones found on record, he adopts the Mancunian bellow familiar to those who’ve witnessed his solo performances – one of the good ones.”