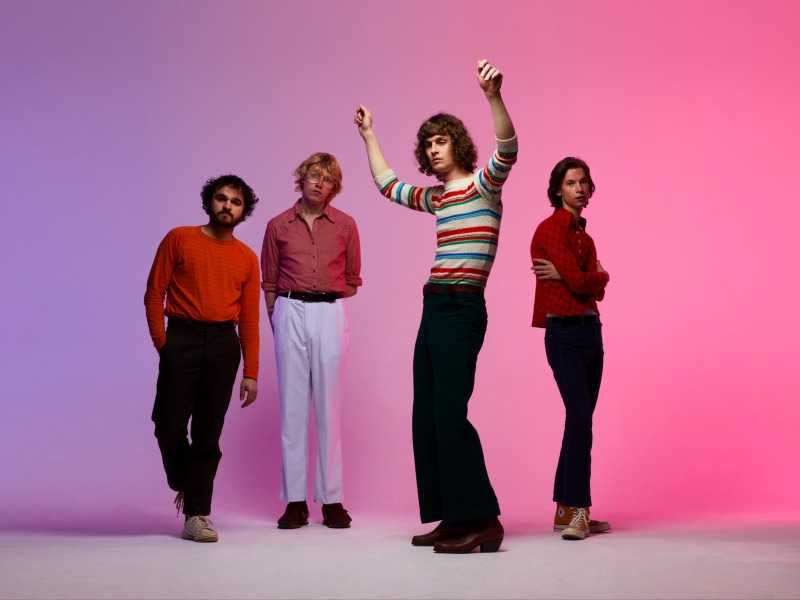 Buzzard Buzzard Buzzard have posted visuals for Break Right In, another glimpse of their debut album Backhand Deals which is due for release on February 25th.

“I feel like, especially in Britain, our obsession with social convention and politeness has diluted the effectiveness of protest,” vocalist and guitarist Tom Rees says.

The fourth Kae Tempest record The Line Is A Curve has been produced by long-term collaborator Dan Carey, and is being previewed with a new single entitled More Pressure which features Kevin Abstract of BROCKHAMPTON.

“The Line Is A Curve is about letting go,” Tempest explains. “Of shame, anxiety, isolation and falling instead into surrender. Embracing the cyclical nature of time, growth, love.”

Jack White is streaming his Love Is Selfish track with two new albums due for release as the first half of this year progresses.

This one is due to feature on Entering Heaven Alive when it’s released on July 22nd, following Fear Of The Dawn which is coming up on April 8th.

Conor Deegan explains that the title of the LP, Skinty Fia, translates to ‘the damnation of the deer’, noting that the Irish giant deer is an extinct species.

The Slow Show have picked Breathe to be the fourth track taken from their Still Life album which is out on February 4th.

Taking its cue from the turbulent year of 2020 – directly referencing John Boyega’s address to the Black Lives Matter protest in London that year – the track also further showcases the change in direction taken on this new record.

Sprints have begun the new year with details of a new EP and its first single Little Fix.

A Modern Job will be released on March 11th via Nice Swan Records, and Karla Chubb has said the initial track, ‘is the culmination of all my fears – the, sometimes, self applied pressure that as a woman in music I can’t just be good, I have to be great’.

‘Jump!! (Or Get Jumped!!!)((by the future))’, the lead track, is one of those self-produced by the band as they recorded in their own rehearsal space and at an unfinished warehouse during the summer of 2021.

Baba Ali is streaming Living It Up from the double A-side single which is out on February 18th.

“We first started work on Living It Up and Black & Blue’during 2020, which was, in spite of all the challenges, a very fruitful creative period for us,” Ali says.

Los Bitchos have unveiled their new single Pista (Fresh Start) ahead of their lengthy run of European gigs which are due to start in-store at Rough Trade East in London next month.

“We are so excited to put out this track,” they say. “Some people may recognise it and we hope you enjoy the sassy makeover we gave it for the album.”