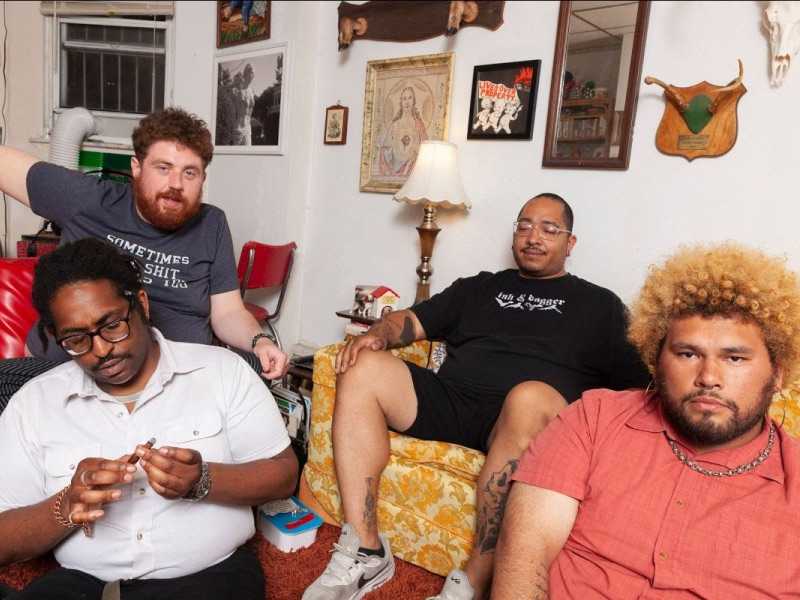 ‘Jump!! (Or Get Jumped!!!)((by the future))’, the lead track, is one of those self-produced by the band as they recorded in their own rehearsal space and at an unfinished warehouse during the summer of 2021.

“Many artists feel as though time is a consistent adversary when it comes to the production of their work, but there is a population of people within this group who fear even more the probability of their time permanently coming to a close before they can enjoy the fruit of their labor,” they say.

“Many Black artists who reach superstar status do so posthumously or have a limited amount of time to establish their legacy.”