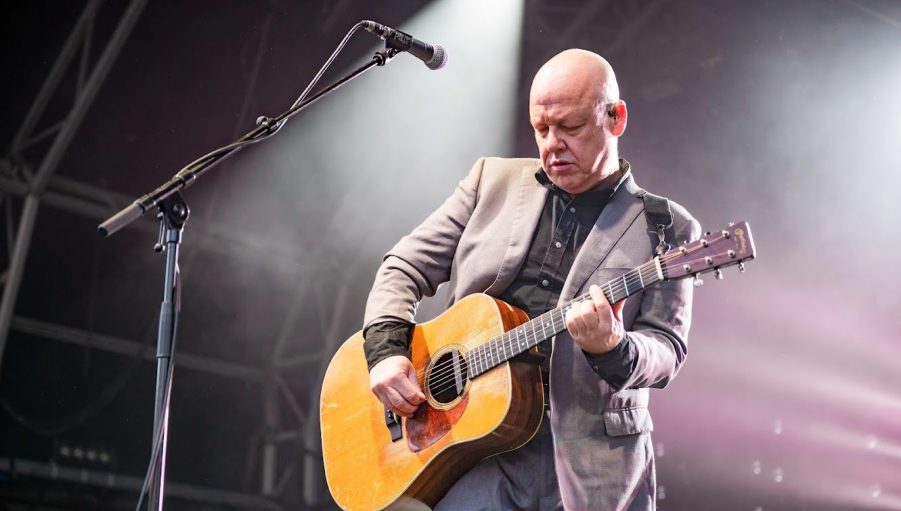 Pixies are previewing Doggerel again with Vault Of Heaven, the track which was recently given its live debut at Band On The Wall.

“We’re trying to do things that are very big and bold and orchestrated,” Black Francis has previously said of the album. “The punky stuff, I really like playing it but you just cannot artificially create that shit.”

“There’s another way to do this, there’s other things we can do with this extra special energy that we’re encountering.”

“This time around we have grown,” Joey Santiago added. “We no longer have under two-minute songs. We have little breaks, more conventional arrangements.”

The band’s relentless summer touring, meanwhile, is due to continue in Landerneau, France on August 13th at the Les Jardins series, and a return to the UK is coming up in early September when they play End Of The Road.