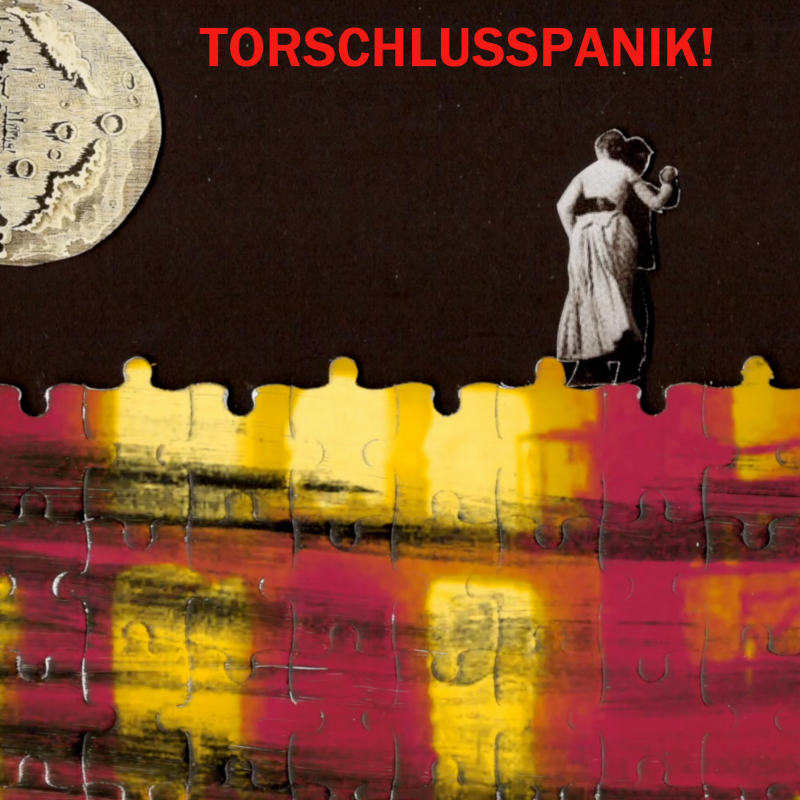 Four years on, TORSCHLUSSPANIK! is a welcome reminder of The Fernweh’s qualities.

It makes sense all right: the title of The Fernweh’s second album, TORSCHLUSSPANIK!, is a German word which when translated means, ‘The fear that time is running out and if you don’t act soon then you may miss out on more opportunities as time passes’.

You might feel that way too if you were in the band’s shoes. Their eponymous 2018 debut album was, in their own words, ‘an exploration of Englishness through folk and rock and roll’, in the mould, they claimed, of a reconstituted Fairport Convention.

Perhaps surprisingly, its bold slash of ancient and modern rapidly earned former session musicians Jamie Backhouse, Ned Crowther and Austin Murphy a fervent word-of-mouth following and a place on the bill at the Royal Albert Hall as part of the Teenage Cancer Trust series the following year.

So indeed, what. Since then, momentum has appeared to drain away, with lockdowns and the inevitable hassles in securing physical product causing unanticipated delays, such that TORSCHLUSSPANIK! is both a significant affirmative milestone for them but one on which they find themselves having to near begin again.

Four years is a long time to be hanging about, and as a marker The Wounds Of Love borrows a little from Pink Floyd and U2 but in form is an electrified power up on their original formula, weaving together yacht rock, glam and booming eighties’ pop.

The blurb that comes with the record describes it as being indebted to film soundtrack legends John Carpenter and Wendy Carlos; you may have to listen harder than you imagine though to join those particular dots.

Elsewhere, other breaks with the past have, it feels, been more conscious than this. Pas Devant Les Enfants (in English, ‘Not In Front Of The Children’) recalls the country jamboree warmth of their original work – which is, to be clear, in no way a bad thing – a curio which straddles the post-Syd Barret fuzz of the late sixties and early seventies but loses nearly all of the precept’s obvious flaws.

The most notable attempt to escape themselves however comes with The Pike, a song first released before the world somehow got so much more complicated. Whilst Crowther was typically obtuse in describing their process (‘The guitar riff sparkled like a fish and the fish quickly became a Pike, a kind of monster or demon’) its effervescence and early Roxy Music brio definitely makes for a different class of get down.

Much of the rest stays locked to their familiar corridor, although I Want to See Your Name In Lights has a wonderful, life-affirming chorus that confusingly seems like it wandered into the studio from a different song.

The album’s latter stages though are its most interesting. The back-room piano and sax of Everybody Says revives beige ably, whilst the fiddle of What’s Jesus For is a surrealist’s ribbon to chase, and the downbeat closer Let’s Go Out (Magic Swing) treads an enthusiastically fine line between wistfulness and resignation.

The idea of TORSCHLUSSPANIK! and its execution are a typically perverse distance apart for The Fernweh. If they were keen after four years of being held back by circumstances to push the button on rock and roll stardom – a highly unlikely idea – then this collection of esoteric songs won’t do that job.

If, as is more likely, they wanted to remind themselves and everyone else that time is relative and ambition somebody else’s wish, then they have managed to do just that.