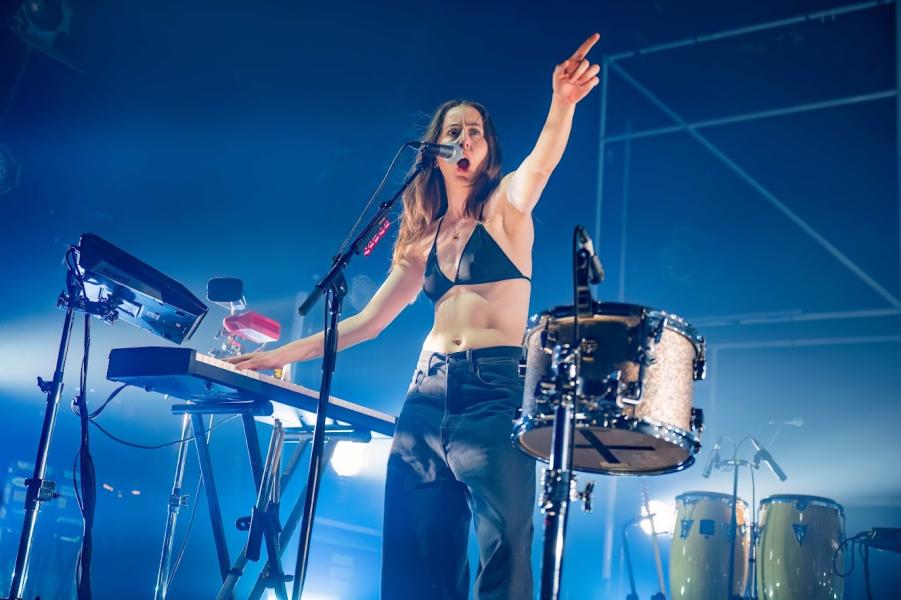 HAIM live at the O2 Victoria Warehouse in Manchester on July 17th, 2022 (Gary Mather for Live4ever)

HAIM have been planning a tour of the UK ever since the number one success there of Women In Music Pt. III.

Over two years on from its release, HAIM are finally celebrating their third studio album with UK fans this month and were at the O2 Victoria Warehouse in Manchester last night.

Big shows in Nottingham, Cardiff and London are due to follow this week, keeping alive an album which Live4ever’s review concluded is, ‘Mindful, speaking from the heart, but fun’:

“Following on from 2017’s Something To Tell You – and co-produced by Danielle and two of the group’s long time collaborators, Ariel Rechtshaid and former Vampire Weekender Rostam Batmanglij – there’s a, to be expected, polish and maturity here, but the girls are pushing back at some familiar topics.”

“Man From The Magazine deals openly with an early interview in which bass player Este was asked if she made her characteristic onstage faces in bed, while I Know Alone explores the feelings of emptiness which flood in when tour camaraderie fades to missed calls and silent rooms.”