Home
News
Review: The Smile – A Light For Attracting Attention
8.5/10 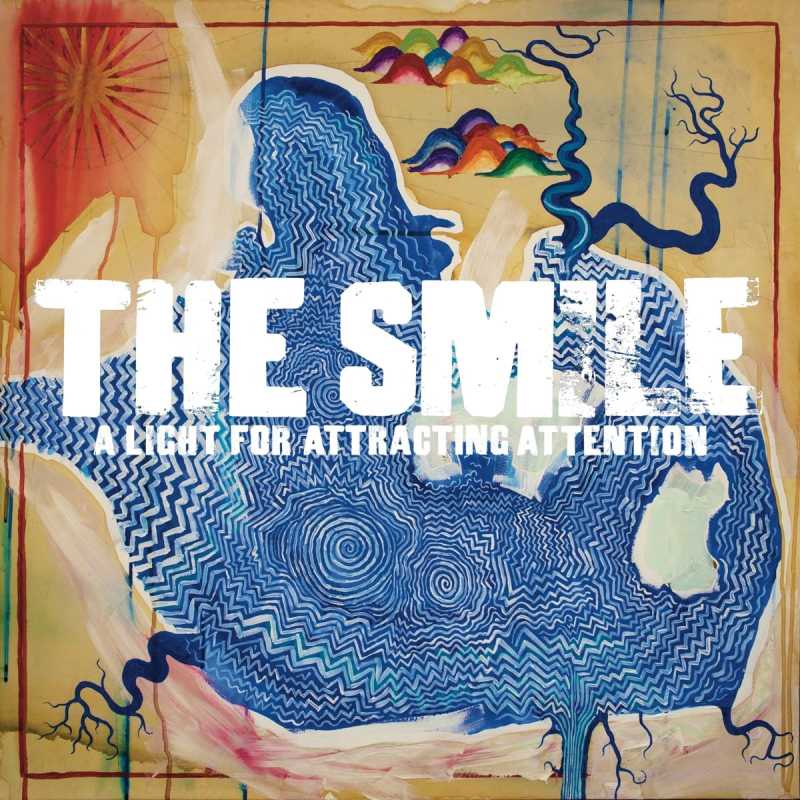 The Smile invoke classic Radiohead on their debut album.

Back in 2016, Radiohead, being the rock behemoth they are, released lead single Burn The Witch with little fanfare apart from the usual cryptic hints with parent album A Moon Shaped Pool following days later.

In contrast, The Smile have been wilfully drip-feeding releases from their debut album for months, to the point where half of it was freely available prior to its arrival last week.

It’s for the consumer (or the marketing departments) to decide which approach is more effective, but the element of surprise built from The Smile’s debut at Worthy Farm last year has undoubtedly been stifled.

Of course, The Smile are ostensibly a ‘new’ band, but anyone with ears will discern otherwise. Two fifths of Radiohead (Thom Yorke and Jonny Greenwood) along with ‘sixth’ member, producer Nigel Godrich, make up the group along with Sons Of Kemet drummer Tom Skinner.

Unsurprisingly it sounds a lot like Radiohead, although anything that features Yorke’s distinctive voice does so by default. With that shocking revelation out of the way, does A Light For Attracting Attention stand on its own two feet?

Not really. That’s not to say it’s sub-par (in parts it’s sublime) but so large is the shadow cast by the parent band, Yorke and co wisely decide to embrace the fact and, let’s face it, even Radiohead-lite is better than most.

Although spirited and direct first single You Will Never Work In Television Again (a spat-out diatribe against Harvey Wernstein) augured well for fans clamouring for a return to The Bends, it sits as an outlier against the songs around it, all of which take their time to burrow into the listener’s consciousness, but do so effectively.

As with Yorke’s solo material, the atmospherics take prominence. The Same buzzes with unease and dread, that much-vaunted millennial angst of OK Computer now his default setting as he implores ‘people in the streets’ to rise up and unify against our leaders who ‘make one mistake after another’.

The ethereal piano on Pana-Vision is complemented by effectively used brass and strings, further prodding the anxiety levels, while on the beautiful Speech Bubbles the orchestra (the London Contemporary, no less) drift in and out of the song, as if momentarily moved to contribute before retreating into the darkness.

As a jazz drummer, Tom Skinner operates in a different sphere than Philip Selway and provides a specific looseness but, so proficient is the latter, that the difference is minimal.

As he enters the fray on second track The Opposite, he and Greenwood’s swirling guitar timbres work in tandem to brood along with Yorke, while Skrting On The Surface (‘when we realise we are broken, nothing mends’) feels like a laconic and organic jam were it not for his methodical and precise skin work.

Never the most optimistic lyricist, Yorke’s anxiety at the state of the world dominates: ‘What will now become of us?’, he queries on The Opposite. He’s not afraid to look within and condemn himself either, hitting his classic vocal sweet spot of falsetto and angst as he informs (with a lesser-spotted acoustic guitar) that he talks, ‘to the face in the mirror but he can’t get through’, on the warming and moving Free In The Knowledge.

Elsewhere, Open The Floodgates opens with arguably his most self-aware lyric: ‘Don’t bore us, get to the chorus’, as the piano glistens mournfully. Ironically though, despite being of those slow immersive Yorke trademarks, it is a bit boring.

Little else is however, be it the superb and instant-classic bassline on unfussy The Smoke, or the understated, razor-sharp Thin Thing. Best of all is the thrilling We Don’t Know What Tomorrow Brings, which has a propulsion that would sit well on In Rainbows, garnished with sci-fi synths.

For better or for worse, there’s no reinvention of the wheel, but The Smile have already proven themselves to be more accessible than much of Yorke and Greenwood’s solo endeavours, with textures and sonic palettes which will attach themselves to the psyche over time.

With a full-on return for Radiohead off the agenda for the foreseeable future (Ed O’Brien and Selway are readying solo albums), the sumptuous A Light For Attracting Attention is as close as we’re likely to get.

This delicately languorous album, so much more than just a stopgap, will more than suffice while we wait.