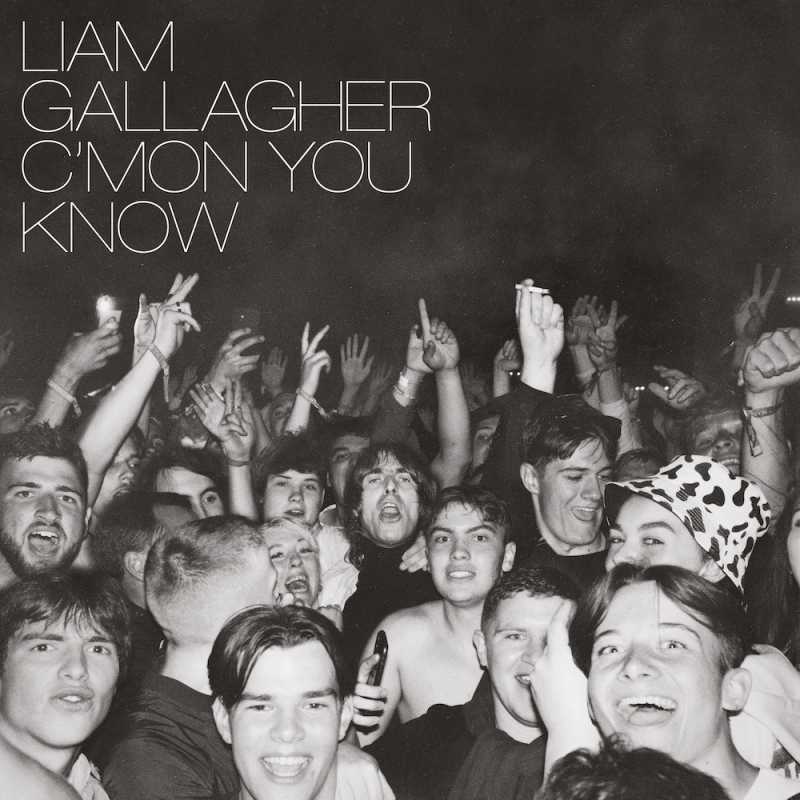 As you may know, Liam Gallagher is performing some big shows in the coming weeks.

It’s become a cliché to reference how successful Gallagher’s comeback has been (160,000 Knebworth tickets selling out before a crotchet of new music had been heard is testament to that), but both As You Were and Why Me? Why Not. were built on solid and safe foundations.

Pleasingly, and perhaps buoyed by their success, he and his ‘army of songwriters’ have clearly decided that the terrain is rigorous enough to withstand some tweaks to the formula, which may infuriate many but surprise more.

First track More Power opens not with a blaze of obnoxious guitars but with a children’s choir and soft acoustics which are likely to have people checking their phones, until THAT voice arrives high in the mix, where it should be.

Eventually, Gallagher’s trademark powerful tones (‘Mother, I’ll admit that I was angry for too long’) drown the choir out, along with an irrepressible march of sky-faring rock.

Comparisons have been made with You Can’t Always Get What You Want ,but the outro is more akin to a watered-down Spiritualized as Gallagher asks, ‘Is this what you came for?’. The answer is probably not, but that’s no bad thing.

After a surprising opener, Diamond In The Dark transfers proceedings onto more familiar, if not traditional terrain. A fusion of funk and rock echoing AM-era Arctic Monkeys, the strutting bassline line and trip-hop mid-section complement a big chorus, despite some jarring lyrics (‘I’m shining like a diamond in the dark/I’m floating like a lion in the ark’), which has a refreshing breeziness. The La’s-esque World’s In Need has an equally carefree vibe as a harmonica-dominated, quasi-sea shanty verse evolves into a collision of strings and sitar.

Liam Gallagher proudly wears his influences on his sleeve so, inevitably, The Beatles come to mind on several occasions but this time it’s McCartney rather than Lennon.

It Was Not Meant To Be initially cribs from the Rubber Soul era, complete with mandolin, tinny drums and double-tracked vocals, but once again progresses with a shuffled drop before a false ending, restarting as an organ-led, unfussy outro bringing to mind The Good, The Bad & The Queen, of all people.

Elsewhere, closing track Oh Sweet Children (‘I can only offer you my love’) is Macca in extremis with a chorus so huge in sound and scale it flirts with cheese so intimately that you can virtually smell the brie.

The title-track met with a muted response from his fanbase upon its release in early April yet was a good indicator of things to come. Gallagher’s usual uplifting message, set to a marauding beat, is a competent rock song, but the direction it goes in (space-gospel) was a diversion from the norm, even if the song itself is largely inconsequential.

In contrast, lead single Everything’s Electric largely stands apart from the rest of the album; a straight forward, classic sky-scraping rock song with Dave Grohl’s recognisable stamp all over it. Indeed, it doesn’t require too large an imaginative leap to hear Grohl’s voice rather than Gallagher’s.

Little Brother recently admitted he was a sucker for a big ballad and, naturally, one is included. Unfortunately, Too Good For Giving Up (co-written with Cherry Ghost’s Simon Aldred) so drowns itself in saccharine slush and trite lyrics that you can almost feel your teeth rotting, with piano, strings and kitchen sink all present and correct. A flag-waver in the vein of Once or Stop Crying Your Heart Out is apparently compulsory, but it has been done before, and better. The quiet, black-and-white-cinematic Moscow Rules, with elevating chorus melody and dextrous flute (yes, flute) is far superior.

Otherwise, the surprises keep coming: Don’t Go Halfway features a dry-but-loud drum loop much like his brother’s remix of UNKLE’s The Knock On Effect, albeit slower, beneath a Stone Roses melody.

I’m Free starts as a punk-rocker, with a suitably wired vocal before dropping into intermittent, Specials dub/ska then back again. The lyrics are either inspired or inane (‘You’re the soul prisoner taking in the info wars’, ‘hitting the sauce you think you’re a boss’) depending on your perspective. In truth, it’s impossible to say how it will be received; it will either make your fist clench or your skin crawl.

Meanwhile, the life-affirming Better Days may lack a chorus, but with a goosebump-inducing string arrangement and Chemical Brothers drums, it sounds like the sun breaking through the clouds. Goodness knows we need some positivity right now, and Gallagher himself perhaps described it best as ‘the sound of the summer.’

On their third album together, producer Greg Kurstin and Andrew Wyatt have provided new musical textures for Gallagher to explore, an opportunity he has taken with both hands.

C’MON YOU KNOW is comfortably his best solo album if not his most coherent, which almost overflows with ideas. It seems a pity then that it’s likely to be overshadowed by the uber-gigs, but perhaps that’s the intention.