Home
News
Live4ever’s Best Of 2021: Our year in albums, topped by For Those I Love 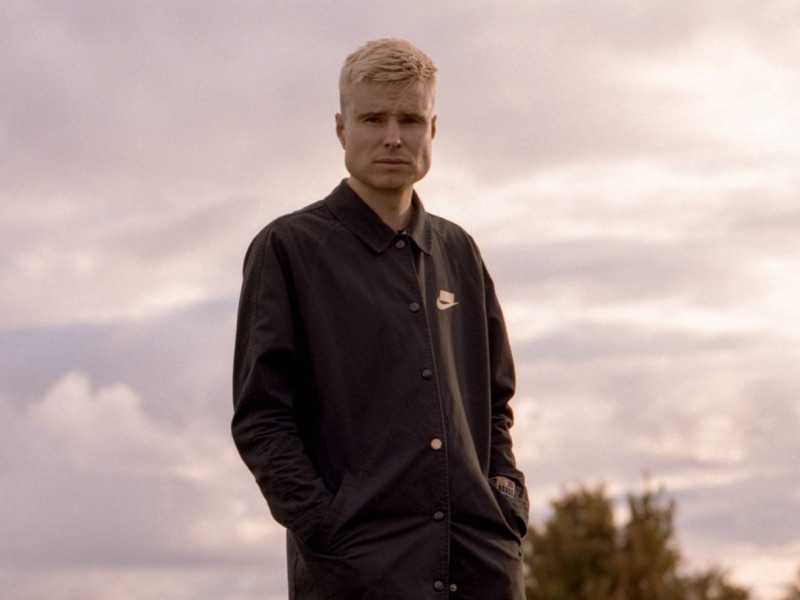 David Balfe, For Those I Love by Faolán Carey

There was never much chance that the year which followed the strangest one in modern history was going to be anything more than overhung by it; the extended space just gave us a little more mental license in which to consider whether a stray comet might just be the best way to end this thing once and for all.

OK, so an exaggeration. But whilst some of the music related discourse in 2021 was about TikTok, NFTs and live shows as avatar experiences, we were still looking at the perennial questions, wondering whether – at last – artists were going to get paid fairly and if the album was finally dead as a format.

Turns out the answers were respectively no and no. One of the proofs of the latter was the return of some of big names, who all seemingly continued their love affair with the long-playing format – almost, it has to be said, to the point of obsession.

The problem with shifting amounts of vinyl unprecedented since the 1970s is twofold however; being that one it’s an environmentally dirty business and second that demand continues to massively outstrip supply.

Several acts told Live4ever that it’s become impossible to sync their physical and streaming releases due to having to sit in the queue behind Adele, ABBA, Coldplay etc, and some were being quoted a wait of nine months for a take it or leave it manufacturing slot. Let’s hear it for Bandcamp.

Listening habits change but albums keep coming out, despite a general feeling that the promotional cycle is an even bigger roll of the dice than ever. But because we love them and the immersive experience the best ones can provide, it’s still a pleasure to bring to you what we feel are 2021’s finest.

None of these artists deserve to be thrown together, but like being in a lift, space is limited, so Squid, Black Country New Road, black midi and Dry Cleaning will just have to forgive us. All of them at times confused and confounded, deliberately so, but each of their releases brought with it the thrill of the unknown and hopefully gave others license to take pride in being experimental and weird.

Three more established outfits proved that at the other end of spectrum good things were still more than possible. Here, Villagers’ Fever Dreams (their 6th album) Maximo Park’s Nature Always Wins (their 7th) and The Coral’s Coral Island (their 8th) were all torch-bearers for craft but no less ambitious, the latter being a wonderfully surreal double concept album about a fictional seaside town.

We don’t cover enough hip-hop, R&B or electronica here; we know this, and are forever trying to change the balance, but that’s not always as easy as it sounds.

What we did like however constituted great music, regardless of labels, as Tyler, The Creator shed another skin on Call Me If You Get Lost, whilst Dave’s We’re All Alone In This Together and Sault’s Nine both offered tough and poignant visions of a Britain still unable to come to terms with itself (shoutouts too here for Little Simz and Greentea Peng).

Perhaps with less to rally against – perhaps not – America’s candidates felt somehow more introspective, Lucy Dacus’ Home Video a musing on adolescence, whilst for Adam Granduciel fatherhood was a dominant theme in I Don’t Live Here Anymore.

Paternal joy of a different kind filled Annie Clark on Daddy’s Home, his release from prison (no really) inspiring the title of new music that flirted with 70’s soul and yacht rock, even inviting Sheena Easton to the welcome home party.

For play-it-louders there were two major tension relievers. The first was that on VI, LA’s The Bronx were still the best straight up punk rock in the world, but the second was more revelatory. After Ultra Mono, Idles seemed like they were succumbing to ideas-before-execution syndrome, but Crawler proved itself to be the incisive, creatively powerful record that they’d been trying to make since Brutalism.

Part of working this format is that you always get left with bits behind that don’t fit neatly anywhere, but in this case they’re good bits, and loosely together.

It feels like an age since Goat Girl’s On All Fours arrived, and the same for the luxuriant, grown-up pop of Wolf Alice’s Blue Weekend. Both received more exposure than W.H. Lung’s Vanities, but we don’t think that’s fair, as the Mancunians decamping to the Pennines produced a sleek, self-aware hybrid which owed much to early New Order and acid house.

Unlike some other years though, there was only once choice for album of the year. Grief is one of the most subjective human processes of all to navigate, but for David Balfe the suicide of his friend Paul Curran forced a circuit break in his own life. (A renowned spoken word artist from Dublin, Curran’s death is also pretty much exclusively the context of The Murder Capital’s When I Have Fears.)

As For Those I Love, his self-titled album was a raw, emotionally blunt journey, with Curran’s voice – recovered from old WhatsApp messages – even putting him in the room. Sample heavy and drawing from beat minimalism and The Streets’ urban fables, it was the saddest happy record of the year; nothing sounded like it, as if anything could.

Albums then, still here in all their 1970’s formatted glory. Shiny new things could kill them off, but nothing’s managed that yet.

Tags:andy peterson, for those i love