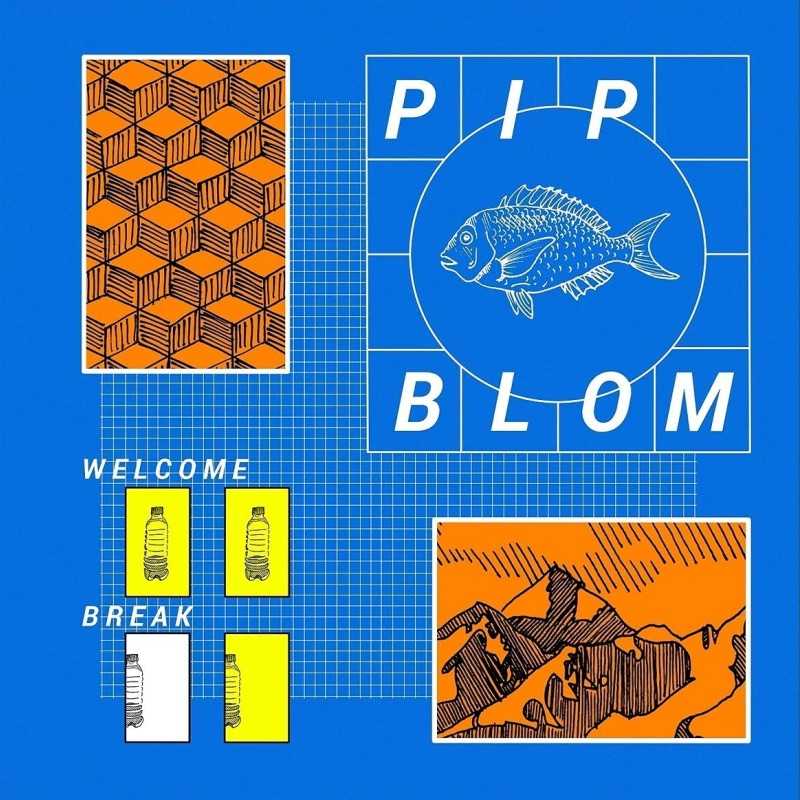 Most of indie rock’s best female-voiced releases of the last couple of years – think Girl In Red, Snail Mail, Soccer Mommy – have sounded like they were recorded in bedrooms, but Pip Blom travelled a different path towards recording Welcome Break, their second album and the follow up to 2019’s Boat.

Having been forced into two weeks’ quarantine on arrival from their native Holland the quartet – fronted by the singer of the same name and which also features her brother and co-vocalist, Tender – decamped to Big Jelly studios in the less than glamorous Kentish town of Ramsgate.

Out of these sessions came a self-produced final product inspired variously by fragmental memories of live shows, the jabbed vein of pure fuzz pedal rides and, of all things, Britain’s dungeon-like motorway service areas.

PB originally started as a solo venture as far back as 2013, but now with a settled line-up this sophomore outing was much more of a band project, although Pip herself is still in charge of lyrics, a discipline which she’s revealed is a challenge when English isn’t your first language.

Even so, the Amsterdammer does a better job than most Brits would of writing words in Dutch, although much of the subject matter revolves around relationships blessed with a familiar peak/trough dynamic.

Opener You Don’t Want This sets a confident tone which marks a progression from their debut and that’s rarely relinquished, an example of craft which the singer refers to as, ‘Not sugar-coated-happy pop…more like ‘Titanic’ pop’.

Also newly discovered is a sense of build, It Should Have Been Fun moving through gears after a moribund start, a break-up song just before the break – ‘This is something new, lots of blurry nights/You can’t find out the truth, the reason for the fight’ – ultimately bridging the chasm between sadness and anger with a good old fashioned letting of it all out.

Blom has pointed to the other main leap forward as being her sibling vocal interplay, a newfound duality that steers the listener away from hearing just one side of the story, and best heard on the scuzz heavy rumble of Keep It Together.

Whilst there’s nothing revolutionary going on for keen students of the genre, tracks like Holiday, plaintive closer Trouble In Paradise and the grungy 90’s rake of 12 all hold the promise of some shape throwing if you’re willing to forget thirty years of history.

This isn’t to say that it’s a songwriting formula harder to right than wrong by default; Welcome Break’s standout tunes – Easy’s smartly executed chops and I Know I’m Not Easy To Like’s punk-laced zing – aren’t precisely subversions but manifest a new ambition that it seems the foursome are happy to back up with deeds as well as words.

Such though are the table stakes for operating in a world which at one level is becoming more toilet-circuit than ever; self-written, self-produced, and very self-aware, Pip Blom find them/herself grappling with the problem of trying to be different in a pretty narrow world.

Welcome Break therefore seems like a drawer full of love letters you can’t not help yourself to reading out loud, even if most of the time you know how they’re going to turn out.