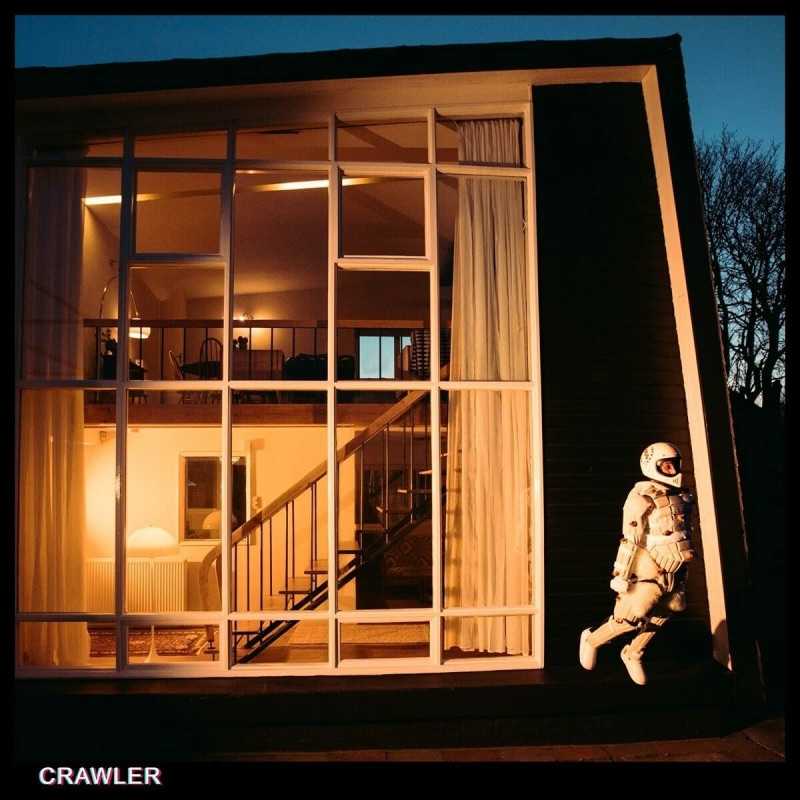 At some point in their career every successful artist has had the conversation.

It’s the one that takes place with themselves, where they ask, ‘What am I here for?’, ‘What do I/we write and perform music to achieve?’.

The answers will be infinite of variation, the public and private monologues different, but before a note of Crawler was written, Joe Talbot and the rest of Idles had definitely had the conversation.

The Bristolians ascent has been built on hard work and a connection with their audience most would envy, whilst to some outside the circle they’ve been divisive figures. Much of their supposed polemic should be taught in schools and yet – music being music – the way these beliefs have been expressed has made detractors of those who should be peers.

It would’ve been easy to react directly to them, but the scale and power of their new album shows the quintet have looked at themselves instead, reevaluating purpose, seeking other truths.

It’s a shift with clear far-reaching implications, not least of which is that those initiates who boosted the group’s second album Joy As An Act of Resistance into the Top 5 may, as open minded as they’ve needed to be to date, find themselves looking hard for the white spaces amongst Crawler’s nihilistic abrasion.

Co-produced by Kenny Beats and guitarist/exotic dancer Mark Bowen, its theme is exploration; musically, lyrically, emotionally. Bowen and Talbot felt at the outset that Idles Version X had made itself redundant, drained of ideas. With repetition viewed as a proxy for slow creative death, this is the result.

Its centerpiece is The Beachland Ballroom, a track of raw-boned soul which stoically draws a line back to the toughness of the movement’s original sound, birthed more than half a century ago, a bastard child of gospel and the blues.

Bowen has confessed he never knew Talbot could sing in this mode beyond mirror-hogging aspiration, but it serves as an unrepentant marker for their new ambitions. The pulsing synths of opener MTT420 go almost as far, sketching a dark halo as his detached whisper recounts a near miss with a motorcyclist whilst high.

Eventually the listener comes to realise that man in the mirror’s real face can only be seen from this perspective; he’s the same one haunting When The Lights Come Up, an embodiment of the parasitical relationship between a user and their excuses.

Compromise in this new realm is even more anathema. In prose there’s an honesty so adjacent you can almost smell its breath: The Wheel opens with Talbot recalling a maternal plea by his ten-year-old self (‘I got on my knees/And I begged my mother/with a bottle in one hand/It’s one or the other’), whilst the rabid post-punk of Crawl! deals with addictions of his own (‘Damn I’m feeling good/said the liar to the congregation’).

There are fascinating outliers too. Probably to be lost amongst the torrent, the near beatless, introvert breaths of Progress are a truly striking departure; its progressivity in fact is such that had it been introduced as a Radiohead track few would’ve questioned its authenticity.

Ultimately Crawler is an experimental album. A hard album. An uncompromising album. It’s correct to say that these adjectives have all been used to describe Idles and their music before, but if Ultra Mono was a waypoint, there’s a feeling of destination here; at the fourth attempt you sense this is the record they set out to write more than half-a-decade ago.

Operating on their terms, this is a band who are the same old misfits but now with one foot in a totally different grave. It’s sonic proof that, once you’ve had the conversation, you can’t ever go back to what you used to call home again.