Home
News
Album Review: Dave – We’re All Alone In This Together
8.5/10 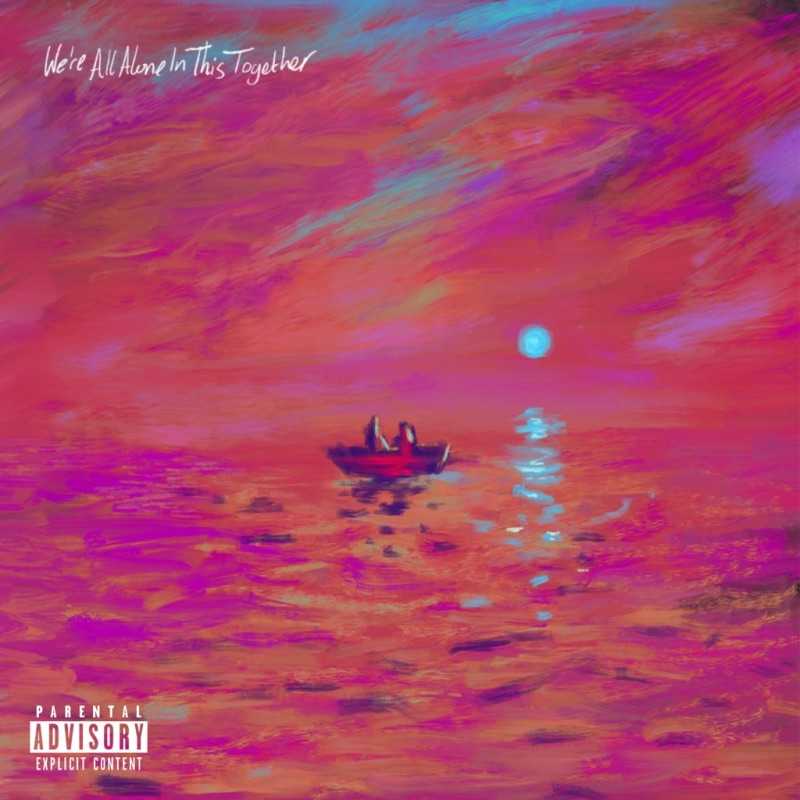 Theory: we long ago reached a tipping point where the concept of British rap (or any of the numerous subplots to it) became redundant, with trans-Atlantic comparisons now pointless, but also because it crossed over some time ago from compromising itself to become mainstream to now being the mainstream.

If Stormzy followed the route which pioneers like Kano and Skepta had trailblazed, mythically paving the streets of his own manor with gold, Dave then stormed across this bridgehead with Psychodrama, a startling debut from a creator who was barely 21 on its release.

With both a Mercury Prize and BRIT Award for Best Album, the establishment was subsequently moved (or forced, depending on your view) into acknowledging that, as in America, the sounds of the country’s immigrant diaspora are now the driving forces in popular music.

As with Stormzy’s Heavy Is The Head, Psychodrama’s follow-up reveals a man conflicted by the things those coming up talk about: fame, money, sex, violence and the continual pressure of staying at the top when dogs eat dogs with so much relish.

Not much of this admittedly is evident on Clash, which buddies him up with his mate and with its spine-chilling drill motifs finding them both contemplating their mutual king-made status with a combination of hubris and vigilance, the price for all these material things sleeping with one eye open.

If this is made to provocatively underline an outsider’s stereotypical view, it’s one tracks like Heart Attack do much to break apart. Almost ten minutes long, it begins with a spoken word intro about London’s spiraling knife crime and then breaks through a maze of topics from fatherhood, relationships, complete abandonment by the establishment – ‘All the best politicians been taught to lie/Where do they buy cocaine when they’re snorting white? – and beyond. It closes with a deeply affecting passage from the south Londoner’s mum on the brutal treatment she’s received at the hands of the establishment.

Like the ideas it contains, this is a complex and multi-faceted record, one which takes repeated listens and, at over an hour long, demands a level of commitment. Amongst the numerous collaborators is, perhaps surprisingly, James Blake, Both Sides Of A Smile flipping to a weird, skeletal gospel from an opposite side built on a chassis of fragile R&B. It works, somehow.

It’s a criticism though that parts for big names are sometimes phoned in with the return of a co-production credit, but it’s one that’s headed off here smartly; the jazzy, Jamaican flavours of the WizKid-featuring System a chilled-out safe space, whilst Snoh Allegra helps carve out yet another flawlessly executed musical sidestep on Law Of Attraction’s sophisticated pop.

It’s a mood, but a brief one. There are just as many conflicts here as guards being dropped, juxtaposed opener We’re All Alone finding the wary protagonist guilty about what he takes from a life even his circle can’t trust, a shopping list of sins that includes pausing to steer a potential suicide towards answers that don’t fit any problem.

At the centre of the maelstrom though is a coming to terms with place and belonging, the deliberate authoritarian obstacles for people just wanting safety from mortal danger exposed on Three Rivers, the generational experiences it sets out also serving as a bleak reminder of Dave’s own father’s deportation.

Proof: We’re All Alone In This Together isn’t then a ‘British rap’ album so much as an evolutionary step in so many of its forms – brash, vulnerable, angry and without a wasted syllable.

Ideas in overdrive, the benchmark for whatever we call it from now on has been hauled up to levels few will be able to touch for years.