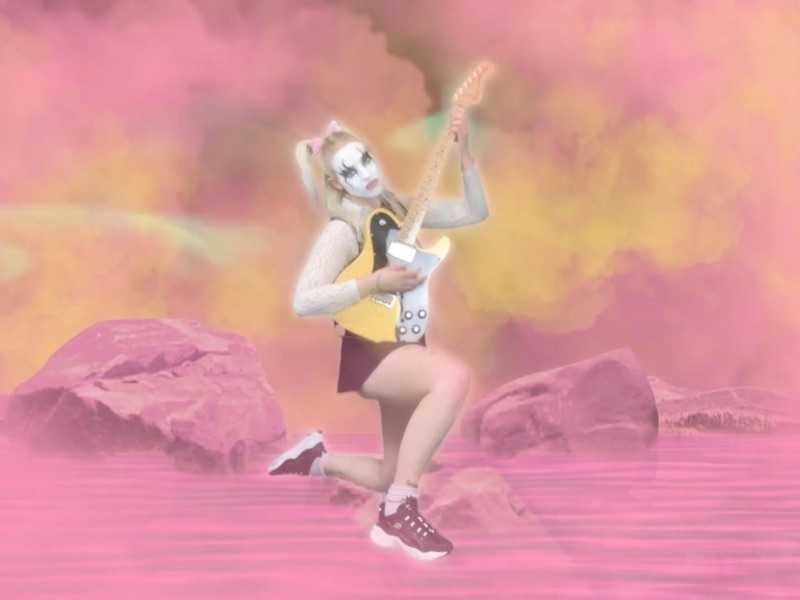 Shirley Manson, Andy Bell, Girl Ray and Tunng are among the special guests featuring on the forthcoming Du Blonde album, but it was the collaboration with Ezra Furman that was picked as its lead single, and a cracker it is too.

I’m Glad That We Broke Up has now got an official video, one aimed at recreating the pair’s experience whilst recording the track.

“Me and Ezra had so much fun making this track we wanted to relive the experience by setting up greenscreens in our houses,” Du Blonde says.

“Hope you enjoy this trash pizza served up on a cold hard plate of digital diarrhea. The record was low budget so it seemed fitting for the video to be low budget as well.”

‘Art is the meeting of an army of mewling demons and an army of light,” Furman adds. “We Live and Love in a video culture of sin.”

“The Sinternet is a World Wide Web of toxic relationships and bad mojo. We made this as an antidote to snake venom.”