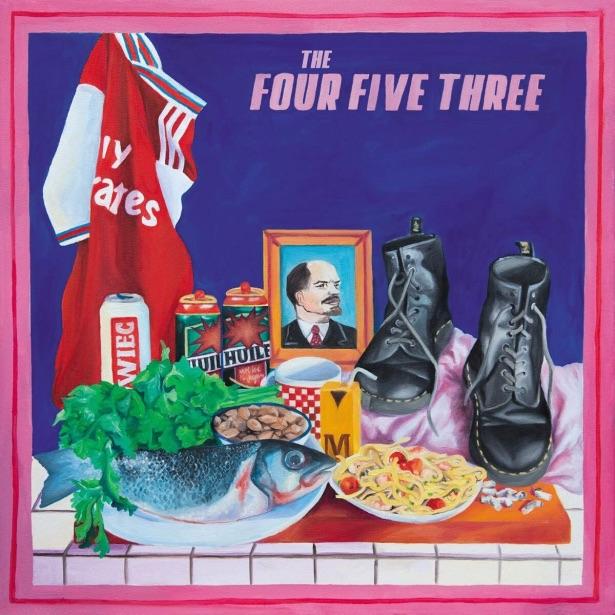 The Jacques spread the net wide on their debut album.

Five years is a long time in any field of the arts, but some transformations still happen slowly even if they’re away from the light.

When in 2015 we last featured The Jacques, covering their Artful Dodger EP, the influence of mid-noughties’ indie rock was there for anyone to hear, leaving the quartet in amongst the indie landfill cynics and those who still had a weakness for young fashioned traditional virtues.

Half a decade later, their debut album is set to confound anybody reading old reviews eager to apply some labels – they’ve been described as ‘gritty, distorted, lush, dreamy, discordant, infectious, inventive, evocative, romantic and ludicrous’, all terms which could variously be applied with arrow-like accuracy where certain passages of it are concerned.

A little context is not only required here, it’s essential. Guitarist and singer/songwriter Finn O’Brien and drummer/brother Elliot O’Brien were both born in London and brought up and schooled in Bristol, formed The Jacques in 2014 and had already appeared live at the Dot To Dot Festival and GuilFest when they landed a slot playing at Hyde Park with The Libertines.

And yet, whilst that should’ve changed the game, line-up troubles and an ongoing search for an identity have meant various false starts since, up until the release of the Born Sore EP, which according to O’Brien was the band’s first ‘fully realised’ work.

More accomplished it was, but the dilemma at its heart is also replicated here, as the multifarious songwriting forces at work make for a rollercoaster listen. Opener Born Sore has a funereal pace, rolling post-punk guitars, a suitable air of detached menace and lyrics about the original sin drafted in from the singer’s Catholic upbringing.

It’s followed by Kiss The Pharaoh, its words delivered in a drawl that’s almost not there as distortion pens them in, before inexplicably it breaks down into cod-reggae and then a banshee howl of a crescendo.

There’s obviously a lot going on in people’s heads here. However, as The Jacques of old are revitalised without much preamble on Do Me For A Fool – a laconic, Pete n’ Carl jive which, even if it’s so familiar, is near-perfection – and on the riotous noise-pop of Tiny Fuzzy Parasite, it’s surely not bad to think about how things were and could’ve been.

As with most conflicts, there are no winners, just confusion and a little uncertainty. Closer God’s Lick, for instance, reaches for that epic finale button, star blazing towards a point unknown over nearly seven minutes, while the downbeat Holy Mamacita and its guilty recriminations are some of The Four Five Three’s most human moments.

Perhaps, given the snakes and ladders ride The Jacques have been on over the last five years as a band, these forces were never going to lie silent in the creative process. The Four Five Three is in this way a credit to them, the record they so obviously wanted to make.

However, it’s still hard to fully take in what this grand design is, or easily live its flaws as a result.