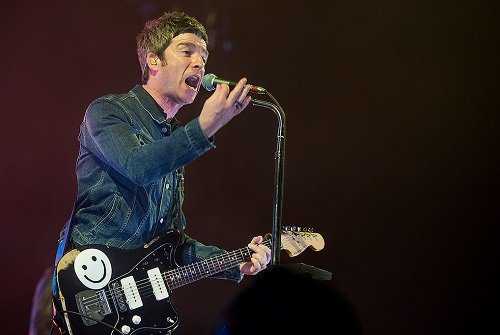 Le Volume Courbe has released the version of Daniel Johnston’s track Mind Contorted which will feature on her new EP Fourteen Years when it’s released tomorrow.

Charlotte Marionneau aka already had The Specials’ Terry Hall, and Kevin Shields on board when the cover was first recorded in 2012.

But when Shields was unable to make it for the final mix, Marionneau called upon Noel Gallagher whom she has been a regular with both in the studio and live via The High Flying Birds since 2017’s Who Built The Moon.

“I chose to cover Daniel Johnston’s Mind Contorted with Terry because we are both huge fans of his,” Marionneau told Brooklyn Vegan. “Terry and I met in 2005 as we shared the same label and became friends.”

“I listened to all of Daniel’s albums carefully and picked Mind Contorted and Story Of An Artist and recorded them both with Terry, his son Theodore and Kevin Shields in my flat in London in 2012.”

“Earlier this year I decided to finally mix it. I wanted Kevin to re-do his guitar parts and asked him. He agreed, but Kevin being in Ireland and Kevin being Kevin, I didn’t want to wait a year so I asked Noel Gallagher if he didn’t mind stepping in.”

The Fourteen Years EP is the first Le Volume Courbe release in five years, and is to instigate another two extended plays before a full length album follows next year.