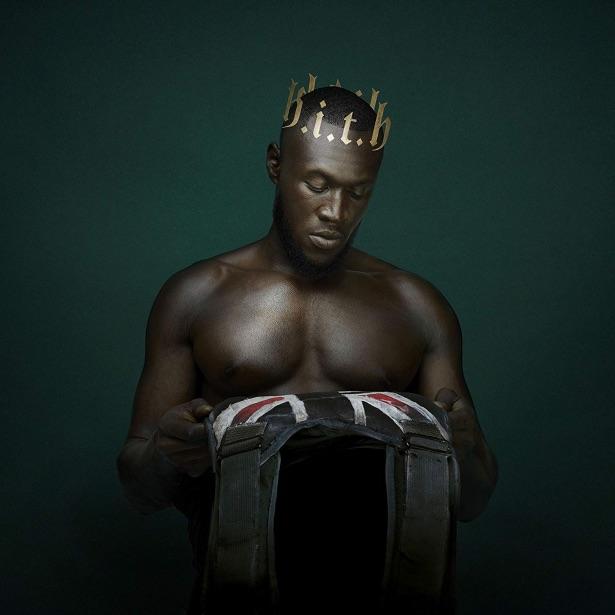 Pressure can do weird things to people: back in 2017, when Stormzy’s rugged debut Gang Signs & Prayer was released, the biggest thing it seemed he had to worry about was how to control his momentum.

Since then he’s headlined Glastonbury (much to the disdain of Britain’s right wing establishment), taken grime to the top of the pop charts and created a cultural footprint unlike almost any other British solo artist this century.

Any way you look at it, album two is pressure. And this time it’s not just within a scene as the young bulls and trolls try to get rich off his name, it’s speaking to millions of people type pressure, meeting their expectations, the kind of pressure felt by the likes of Kanye, Jay Z and Drake before they go to work. In short, it’s real.

Heavy Is The Head finds our hero wearing a sort of crown on the cover, staring at the Banksy designed stab vest from Worthy Farm, Union Jack and all, the symbolism still a perfect metaphor for the risks of daring to be black, successful and socially conscious in these times. Make no mistake either, the haters are gonna hate this, which is exactly the reaction he’s trying to prompt. It is, in one way, like a game.

Opener Big Michael sets up a narrative that reminds these would-and-could-be’s how far he’s come, played out over a nifty bass that links him to his south London roots, but the ante has been raised, he’s pumped up and throwing all the envy and suspicion back in the direction it’s coming from. It’s to the rapper’s credit that he’s still more than happy to trade verbal blows, even more so that they still land so heavily on Audacity, a genuinely menacing warning to the ‘ashy youts’ swimming in his wake.

This defiance – in the face of being neutered to gain total mainstream acceptance – is impressive, but the door to global superstardom is now wide open. Amongst the many proofs here Crown is the most persuasive, an introspective musing on the price of fame and being misjudged from a distance. Part sung, part rapped, here is a man, it declares, with talent to burn.

This imperial phase won’t last forever, so whilst there is a reflective ebb, there is also a dynamic flow, and amongst the hubris is music as casually alluring as Vossi Bop, Handsome and the soulful flecked Rainfall. In amongst the buzz there’s still time though for empathising with the throng of admirers on Don’t Forget To Breathe, while Lessons is to all intents and purposes an open letter to his ex-girlfriend Maya Jama, humility and honesty further emotions added to a mix which has thread after thread for listeners to process.

Snap forward to 2019 and on Heavy Is The Head Stormzy has delivered on his own considerable hype, a crown just one of the many hats worn on a record with no appetite to take a backward step.

With heart and ego in total balance, it’s the sound of the pressure of one being fuelling the mind, body and soul for all.