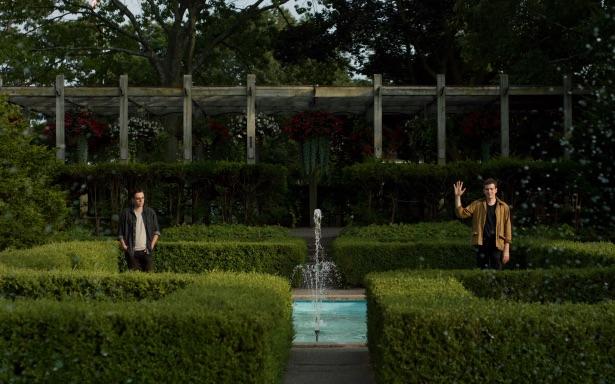 The new single from Ducks Unlimited, Gleaming Spires, is our Track Of The Week.

It’s the latest from the Toronto-based band’s forthcoming EP Get Bleak, whose release on November 29th is to be followed by December shows in their native Toronto, as well as Hamilton and Montreal.

“It’s about the emotional energy that gets put into hating a place,” Tom Mcgreevy says. “I feel like the manic intensity with which I’ve heard friends sometimes shit on the town they live in is often pretty transparently an exercise in the displacement of issues in other parts of their lives.”

“There’s also this thing I’ve always found oddly charming about Toronto where, as a colonial leftover it has a bunch of streets named for various royal things, but normally in a vague way,” he continues. “‘King Street’ and ‘Queen Street’ being the major ones, but there are also some other names that either reference British history (‘Victoria Street’) or just have a kind of Camelot vibe (at least in my head) like ‘John Street’.”