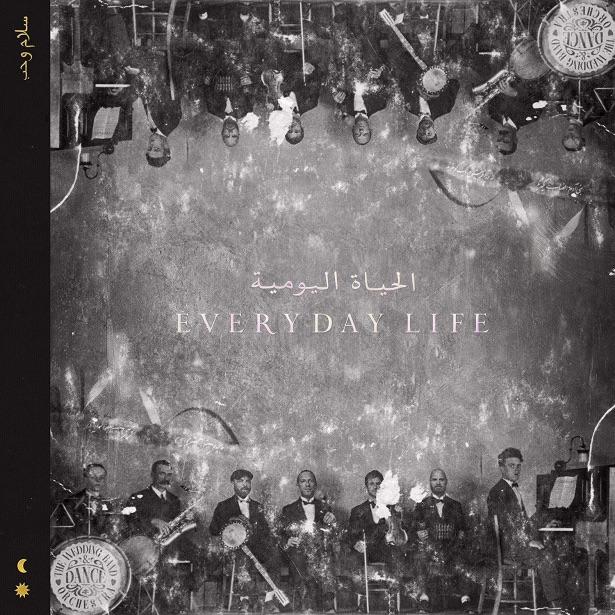 Writing about Coldplay is on the one hand fairly straightforward.

They need little introduction, having spent the last fifteen years at the summit of British stadium rock. As a result they’re just about inescapable: many people have been to at least one wedding where either the ubiquitous Yellow or Fix You have been played, while Chris Martin’s decade-long marriage to Gwyneth Paltrow kept the sub-editors of tabloid tat mags fully occupied.

For every 100 million albums sold however there is, perhaps inevitably in our polarised society, an equal and opposite reaction. Martin’s admission that he might vote for the Liberal Democrats in the next UK general election drew scorn from dog-avatar’d extremists of all political colours on social media, plus what, they reckoned, could a forty something millionaire understand about Everyday Life?

The singer probably doesn’t know how much a pint of milk is, but he’s doubtless aware of the qualities which have kept brand Coldplay so popular, not least of which is their ability to translate musically across languages and continents. You suspect also that the febrile creativity amongst the country’s young artists which has been such a feature of the last twelve months will have escaped him, but whilst Everyday Life isn’t a bonfire for the band’s old ideas, it’s clearly the work of a songwriter who still very much feels the need to prove himself again.

Between these two outliers is a double album that both thrives and suffers as a result. It would’ve been truly remarkable though if the public had been deprived of some look-and-sound-great from the back row numbers – and with Champion Of The World, Church and the title-track they’re delivered, each of them in their own space, well-worn tropes that however you choose to cut it the group continue to reliably craft.

As for stretching their shadow into new directions, the itchy skiffle of Guns and its praiseworthy anti-violence message is the most overtly political they’ve ever been, while Trouble In Town samples dialogue from a racially motivated police stop, and Orphans – gently – tells the story of children left fatherless by a dystopian prison system.

To this point there’s little to quibble about, even for the haters. But when Martin really chooses to go off reservation the gaps beneath quickly start to appear: whoever advised him that they should attempt gospel and doo-wop on any record, let alone the same one, should be made to listen to BrokEn and Cry Cry Cry on a loop until they beg for surrender. Odder, but no more fulfilling, WOTW/POTP is a rough, demo-sounding insert without purpose, while nearer the mark Arabesque’s extended honking sax jam almost works but isn’t for the faint hearted.

Writing about Coldplay is on the one hand quite difficult. It’s hard to cut through the obfuscation down to their real story. Everyday Life is very likely to confound most people in some way, but on it Martin has at least sought forgiveness not permission before recreating the familiar entity as a partial cabaret.

In doing so he demonstrates that he might not know the time of the next bus, but equally he understands that standing still will eventually get him run over.