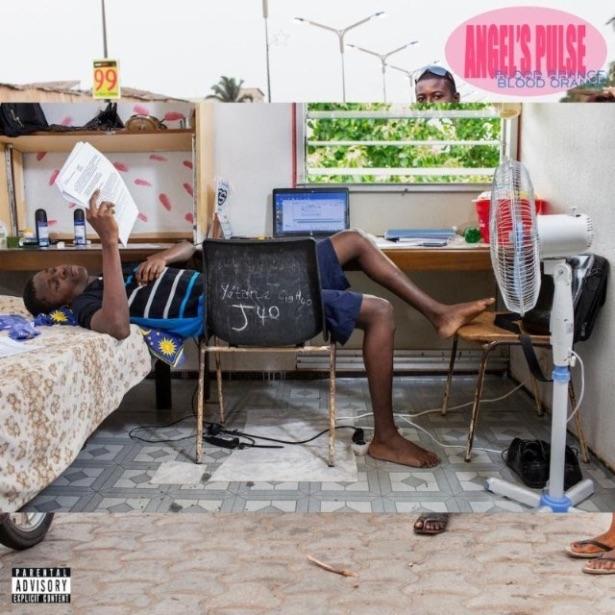 Some of the things about Devonte Hynes make a lot more sense now.

Back in the mid-noughties, whilst most of the other kids in his east London boroughs were musically drawn to the exploding popularity of the grime scene, he formed proto nu ravers Test Icicles, before moving on to front a near-solo project as Lightspeed Champion. Despite the relative successes of both, it was still hard to place where either fit, or what future they would have.

Eight years later, Hynes is now a near permanent resident in New York and has been recording as Blood Orange since the release of Coastal Groove in 2011, collaborating along the way with stellar names including Solange, Mariah Carey, Mac Miller and A$AP Rocky. Constantly on the move, his self-confessed workaholism results in swathes of music which ends up merely being given to friends, hence the designation of Angel’s Pulse as a mixtape versus a regular release.

People may argue about the difference between the two, but framed as a continuation of 2018’s Negro Swan either context works just fine. With a running time of about half an hour there’s a certain amount of ideas getting into a groove only to be swapped for something else; as soon as opener I Wanna C U’s tender guitar chords are in the open they’re fading into Something To Do’s languid, dream-like harmonies before Toro Y Moi’s Chaz Bundick takes the unusual role of verse deliverer on Dark And Handsome.

The format gives Hynes a producer’s license to experiment this way, but Negro Swan had darker overtones, conceptually an exploration of ‘my own and many types of black depression, an honest look at the corners of black existence, and the ongoing anxieties of queer/people of colour’. It’s a shadow never far from the surface; on the low slung Take It Back, Brockhampton’s Joba breaks up the karmic feeling with the brutally autobiographical, ‘You can’t take back a bullet/That shit will see right through it/See I’m a bit manic depressive/glad I didn’t do it’.

Defying the gravity of tags certainly suits the Londoner, a refugee from creative traps as well as places. This itinerant lifestyle filters into titles, but that’s where the clichés end; Baby Florence (recorded in the Italian city) is more intimate soloism than euro house, while Berlin is less narcissistic clubbing fodder, more unexpectedly cracked alt-folk.

This mixing of roles and identities, weaving strains of hip-hop, r&b, soul and gently decaying tones never allows for a centre, but rather than explain the best way to understand the effect is on Gold Teeth, part Memphis rap via Tinashe and Three 6 Mafia’s Project Pat and Gangsta Boo, but before that it time slides ambiently, like the words have been superimposed, or separate tracks are playing simultaneously in different rooms.

Whether any of this is helping Dev Hynes achieve the resolution so obviously lacking at the time Negro Swan was released is less than clear. But sometimes just continuously stepping forward is enough therapy – and Angel’s Pulse is a form of healing in itself.