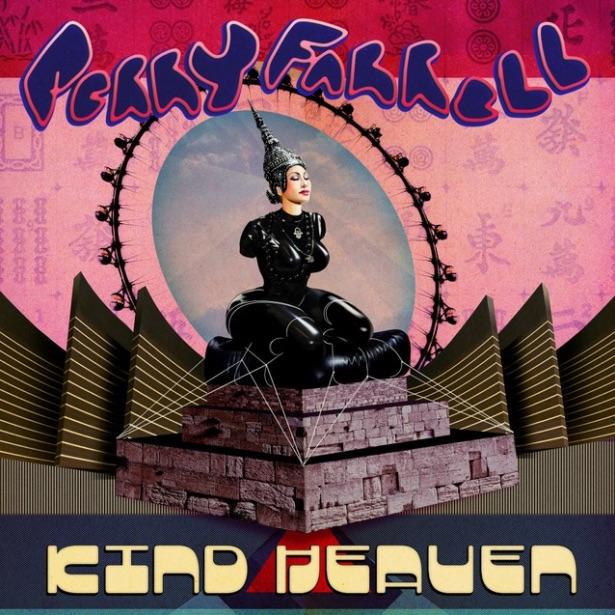 Of all the artists who found themselves derailed by the release of Nevermind, Perry Farrell probably had as much cause for regret as anyone else.

Jane’s Addiction – the LA band he’d co-founded with prodigal guitarist Dave Navarro – had released in 1990 their epic second album Ritual De Lo Habitual, a masterpiece that foretold Chili-Peppers funk, protean grunge and even the ethno-metal of System Of A Down, selling more than half a million copies in the first month of its release.

This success was short lived however, drugs and Farrell’s increasingly erratic behaviour creating an intolerable dynamic forcing a split soon afterwards. There have been reformations since then, but predictably no subsequent Jane’s Addiction album has come anywhere close in quality to one which in an alternate universe would have defined American rock music for a decade.

Farrell, now 60, has rarely stopped working, to the extent that his former band is now effectively his side project, but Kind Heaven is his first solo album in 20 years. Assisted on it by co-producer Tony Visconti, JA bassist Christ Chaney, The Cars’ Elliot Easton and Foo Fighters’ Taylor Hawkins amongst others, as well as a musical work it’s also the soundtrack to a Las Vegas installation-cum-show described as an ‘entirely new medium for experiencing culture and adventure through immersive 360 omnichannel entertainment’. Blimey.

This goes a long to explaining the album’s ADHD, soundtrack nature. There are obvious touchstones of familiarity: Pirate Punk Politician’s choppy wah wah and ready sloganeering a blast from many pasts with the singer taking aim at Donald Trump, while the strings of break-up song More Than I Could Bear are suitably plangent.

Going it alone obviously though allows for some license to be applied, and the rest of Kind Heaven’s thirty-ish minutes are more experimental, opener (red, white and blue) Cheerfulness a tilt at rock n’ roll’s traditional boogie, while Snakes Have Many Hips is full of Vaudevillian theatre, the lyrics about keeping your enemies close enough to more than touch.

Rather than these being the exceptions, this waterfall of chance continues: the sentiment of closer Let’s All Pray For This World is self-explanatory, in form an amped-up ballad; One is a slice of contemporary adult pop, while Machine Girl and Spend The Body are stripper-friendly, Maroon-5-esque sex jams with Farrell’s wife Etty Lau taking centre stage. There is a feeling right through of moving without warning through different zones, the transitory disorientation which is the Las Vegas effect being brought to life in glorious Farrell-O-Vision.

It would have been understandable if a man whose life has at various points been dedicated very much to earthly pleasures had made Kind Heaven in the received image the record buying public has of him. Instead it’s a bold fusion of ideas which don’t always gel, one perhaps that needs the backdrop it was made for to be a fully coherent experience.