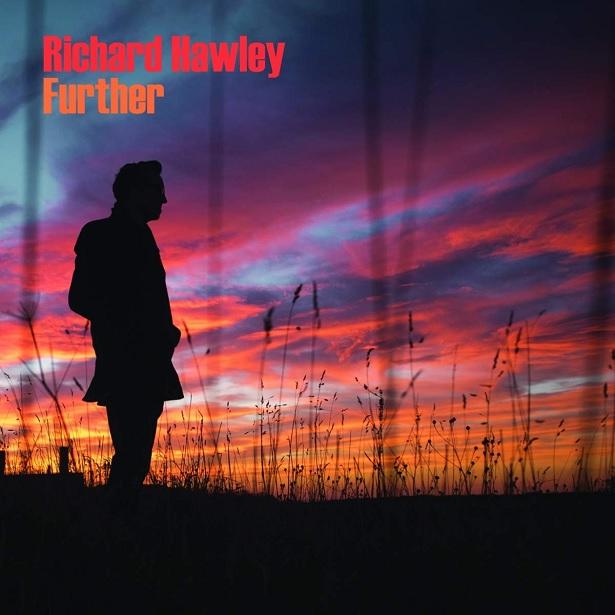 Now a relatively successful solo artist, Richard Hawley has had a lengthy career and is the definition of a cult hero.

But rather than peak early with a breakthrough hit or band, he simply and quietly goes about his business whilst going from strength to strength. As a member of the short-lived but never forgotten Longpigs in the 1990s, he briefly touched the top 40 then went to the top via All Saints’ cover of Under The Bridge (he recreated the famous guitar).

The King Of Sheffield has often been praised by Arctic Monkeys and was a semi-regular member of Pulp, but can claim none of the success of either. Further is his eighth studio album and, with all of the previous seven having been named after Sheffield icons or landmarks, offers insight into where his head is at.

The naming choices were at risk of becoming a gimmick, but Further adopts the same principle. Lyrically, the album is about ploughing forward and reaching out whilst at the same time looking into the distance, daydreaming.
Opener Off My Mind is a straight forward thrash, clocking in at under three minutes its immediacy sets the precedent for the album, no other songs lasting over four. Some of his previous laments, beautiful though they were, had a tendency to outstay their welcome and so the succinct approach suits him. It’s also a great rock and roll single, complete with squawking solo. Alone follows suit with a simplistic yet sweeping chord sequence. The strings soak the song in a melodrama which befits the title.

The album is roughly divided between guitar heavy blasts and the more sombre, intimate slices of observations that have long been the touchstone of Hawley’s career; My Little Treasures is based on conversations with friends of his father following his death some years ago. For whatever reason, perhaps because of the emotions attached to it, the song has been gestating for 12 years, and the wait has been worthwhile. It manages the rare feat of making the listener nostalgic on first listen.

The title-track is jaunty and romantic, while the elegant music hall of Emilina Says is this album’s mandatory kitchen sink tale. Elsewhere, Not Lonely might be the most fragile thing he’s ever done. On the other side of the coin, he’s evoking Britpop and garage on the rockier numbers. Is There A Pill is grandstanding, with a chorus very similar to Lennon’s Just Like Starting Over. Gallay Girl is unchallenging, but speaks to the soul not the heart, and Time Is has the scale and propulsion of Oasis. It’s much more straight-forward than the psychedelic envelope pushing he embraced on 2012’s Standing At The Sky’s Edge, but no less powerful.

Richard Hawley’s oak voice is the perfect accompaniment to those red wine fuelled nights of contemplation, his dexterity on guitar a perfect balance of breaking your heart, then giving you a hug and singing at the sky with you. Now nearly twenty years into his solo career, and still without a ‘hit’ to speak of (Tonight The Streets Are Ours would be his only single to come close), Hawley is rightly lauded amongst those in the know, easily able to sell out large venues and with A-list status on BBC 6Music.

On the basis of this, his well-most rounded album, that status will only be reinforced.