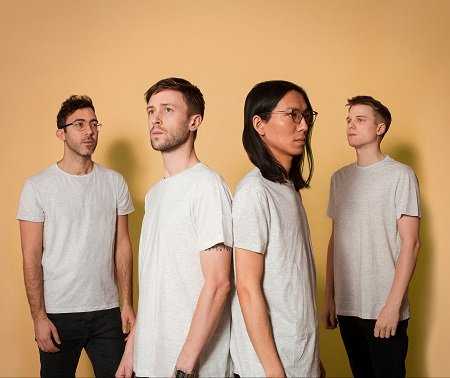 Teleman‘s penchant for remixes will continue on May 17th with some new versions of tracks from their most recent studio album Family Of Aliens.

Sir Was, Boxed In and Ghost Culture are three of those who’ve been asked to dismantle and reassemble the tapes; the latter’s updated version of the title-track is leading this announcement.

“This ability to critique Britishness without mockery is one shared with the likes of Metronomy’s Joe Mount and Alexis Taylor of Hot Chip, both men who celebrate the nation’s strangeness as a matter of routine than exception,” Live4ever’s album review concludes.

“Family Of Aliens peaks in such a moment – Song For A Seagull being about escape where the experience of finding utopia just leaves the subject in the loneliest-happiest spot on the planet, its sanguinity married to a frame of uplifting beats that still manage to wiggle toes and bring a sparkle to the eyes.”

“In doing so Sanders channels a peculiar ability to give solace whilst not feeling it himself; maybe a nutty professor could explain the phenomenon, but we remain happiest when we don’t know how to feel, a mood Teleman could write about it seems forever.”