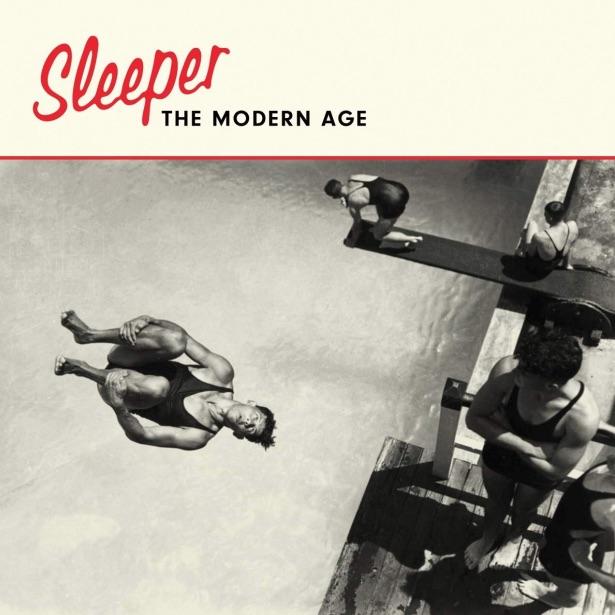 In it, the band have just released She’s A Good Girl from their third album Pleased To Meet You only for it to nose into a lacklustre chart position around the upper twenties. At once Wener knows that, as the movement’s popularity begins to unwind, this marks the end for the band as a commercial force; resigned to defeat, she drinks throughout the day they’re due on Chris Evans’ TFI Friday show before spending the night wrapped round a toilet bowl throwing up.

It’s hard to understand why anyone who’d experienced that sort of comedown would long for a return, but time’s such a healer, especially when so much of the 20th century seems to be being restaged before our ears. Sleeper split in 1999 and, after leaving the madness of London for the relative calm of Brighton, the singer wrote novels and had three children together with the band’s drummer Andy Maclure, a life begging questions now about the wisdom of a return to an industry which has a vastly different landscape.

Luckily for us, the more things change the more some remain the same; Sleeper were always the movement’s coolest girl-fronted band, the arms-length metropolitan detachment of Inbetweener and Statuesque songs which deserved to be hits whatever bandwagon they rode in on. So it may be that almost no-one actually sells records in 2019, but the qualities which make such a decidedly old school concept as a guitar band still work in spades; chemistry and desire, wanting to be noticed by people just for wearing a t-shirt or simply playing a tune, are still ones that jam.

Having had the opportunity to see how many of their contemporaries have approached it, The Modern Age is a series of prudent choices; there are few concessions to sub-bass, EDM beats or co-stars, but instead there’s a latent power brought by sticking to what you know and works. In places inevitably the battlefield has shifted, especially on the epic More Than I Do, the backdrop a couple preparing for divorce in a hailstorm of passive aggressiveness which begins in the kitchen sink and finishes with a supercharged blast of guitars and schadenfreude.

For such astute observers in times past, it would equally ring a little hollow to talk about modernity and ignore the zero-sum rules of society’s game today, Look At Her Now poking holes in our fevered politics and inability to express anything other than in absolute terms. That said, this is not Sleaford Mods; from beginning to end the veterans produce slick, grown up and sophisticated indie of the highest grain, from the loping power riffs of The Sun Also Rises to Car Into The Sea’s delicate keyboard pulses and words about love at a crossroads. And if Britpop’s legacy has largely vaporised, there’s still grainy footage of its peaks and this swaggering hubris is recaptured body and soul on Dig, a riotous kitchen sinker that rolls back everything that deserves to be.

1995 was a stranger to many of the stories The Modern Age tells, a time obsessed more with looking at itself in the mirror than tilting at any musical windmills. Sleeper wisely haven’t forgotten its star making and breaking treadmill either, but they understand that success now is simply whatever you say it is – and in pleasing themselves they’ve doubtless pleased many others.