Home
News
Album Review: Dinosaur Jr. – ‘Give a Glimpse Of What Yer Not’ 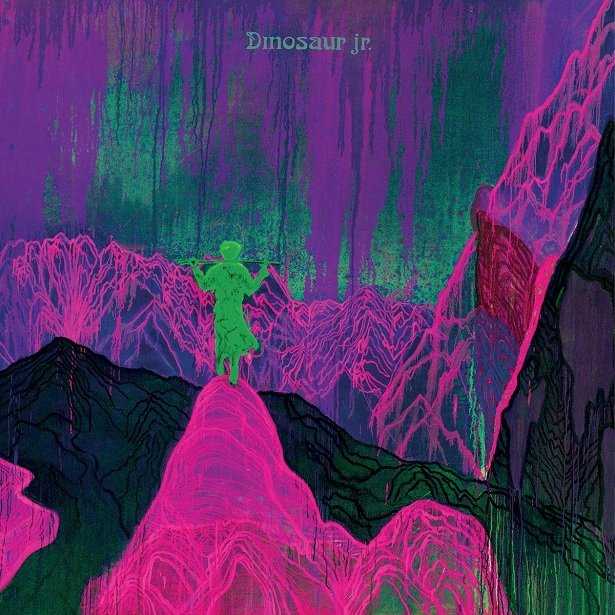 Given that they’re widely associated with multiple slacker generations, Dinosaur Jr. have been a model of productivity since their reformation.

‘Give a Glimpse Of What Yer Not‘ is their fifth long player since 2005, the year in which the fractious trio of J.Mascis, Lou Barlow and drummer Emmett “Murph” Murphy finally buried their various hatchets.

The original incarnation was more than just weed-soaked aural carpet bombers however. Formed in Massachusetts in 1984 just as the US hardcore scene was trans-continentally joining up small communities of like minded freaks from the back of a van, their second and third albums (‘You’re Living All Over Me‘ and ‘Bug‘ respectively) presaged grunge and became an inspiration for legions of alternative rock acts such as the Pixies, as well as indirectly fathering tracks like Blur‘s ‘Song 2‘.

Questions about how to make new music – and perhaps more fundamentally why – don’t appear to ever have occurred to the trio’s chippy inner monologue though, despite 2007’s ‘Beyond‘ being in possession of far clearer lines and having Mascis’ drawl upgraded to, at times, grizzled veteran status.

With the crooner such a famously uncooperative subject to interview, we’re lacking much direct insight into why things are they way they are here, so it’s with gratitude that on listening we discover ‘Give a Glimpse Of What Yer Not’ is accessible from its surface.

The band appear to have acquired their stability through a degree of compromises, with Mascis taking the lion’s share of writing credits to Barlow’s two, but on the wristy guitar chop of opener ‘Goin’ Down‘ the licks are both vintage and vital, old dogs with canny new tricks. If that wasn’t moshpit bothering enough, the trio then turn it up to 12 with the peal of ‘Tiny‘, its thumping rifferama, verse-chorus, verse-chorus, geetar so-low and distortion just the max for standing on a stranger’s toes to.

Whilst Mascis runs the gamut in writing terms from beer-flying populism to psychedelic gut punches and forlorn balladry, Barlow’s efforts are neat, idiosyncratic counters. On closer ‘Left/Right‘ he’s stand up and orthodox amongst the melancholy, sounding jaded but resolute, whilst ‘Love Is‘ begins with some bass fuzz misdirection before transforming into a Haight-Astbury boulevard rocker, it’s through-the-looking-glass distemper aimed at haters for whom “only poison lets you live”.

Whilst it could be argued that the soup of their early work was what made it such a joy to deconstruct, this incarnation of Dinosaur Jr. has the finesse and patience of maturity with them, one which manifests itself on the uber-maudlin ‘Knocked Around‘, its love/longing schematic showing that bad feelings without the innocence of youth leave a person nowhere to go. This frustration also runs through ‘Mirror‘, Murph’s cymbal heavy skins and Barlow’s almost jazz notes counter punching against a truly howling performance from Mascis, his contribution heavy in both structure and delivery.

Not that any DJ album can be classified as orthodox, but there are moments in which even the trio’s curmudgeon offers a hint of welcome to new audiences, although the ridiculously heavy ‘I Walk For Miles‘ piledrives its way through five and a half minutes plus of uncompromising peth. Elsewhere, the ride is less bumpy, the restraint of ‘Be a Part‘ a welcome underload whilst ‘I Told Everyone‘s insistent structures and college rock dynamic are a tribute to the bands who followed them first time round, and a great one.

Because of the modern phenomenon by which young(er) people seem to revere the past more because they only experience it through stylised filters, DJ will almost certainly be lionised for their 20th century efforts as opposed to anything they come up with in this. Bravely, they’ve made this inevitability none of their concern, creating great rock music without concession or cool-harvesting.

‘Give a Glimpse Of What Yer Not’ is therefore free to be enjoyed by anyone who leaves their cynicism at the door: an all ages show, hopefully it will have a line round the block.