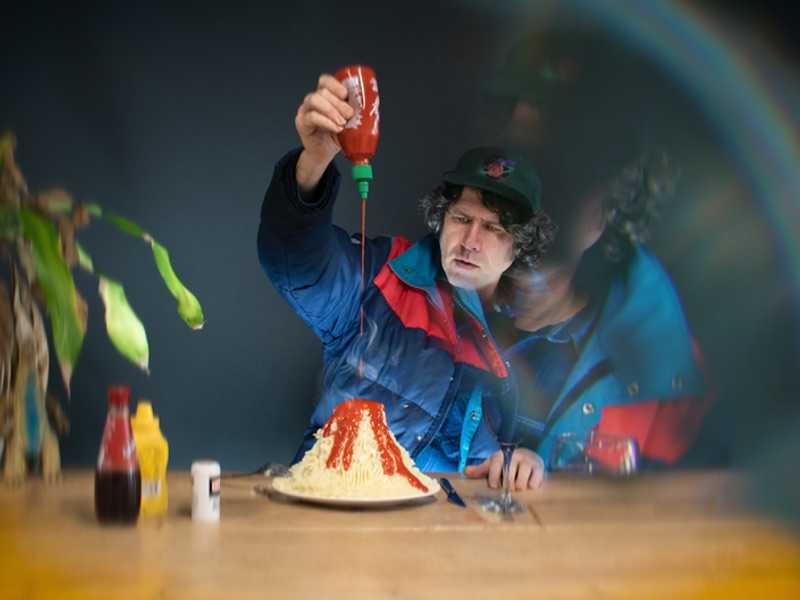 Gruff Rhys will be giving the single a physical release on April 15th.

Gruff Rhys is streaming People Are Pissed from a new two-track single which is available digitally now.

“The lyrics were basically inspired by the widespread anger I – and many other people felt towards the incompetence and arrogance of the Johnson regime during the lockdowns – not that I feel any different now,” he says. “I mean the words go off on one like most of my songs but that was the seed of the idea.”