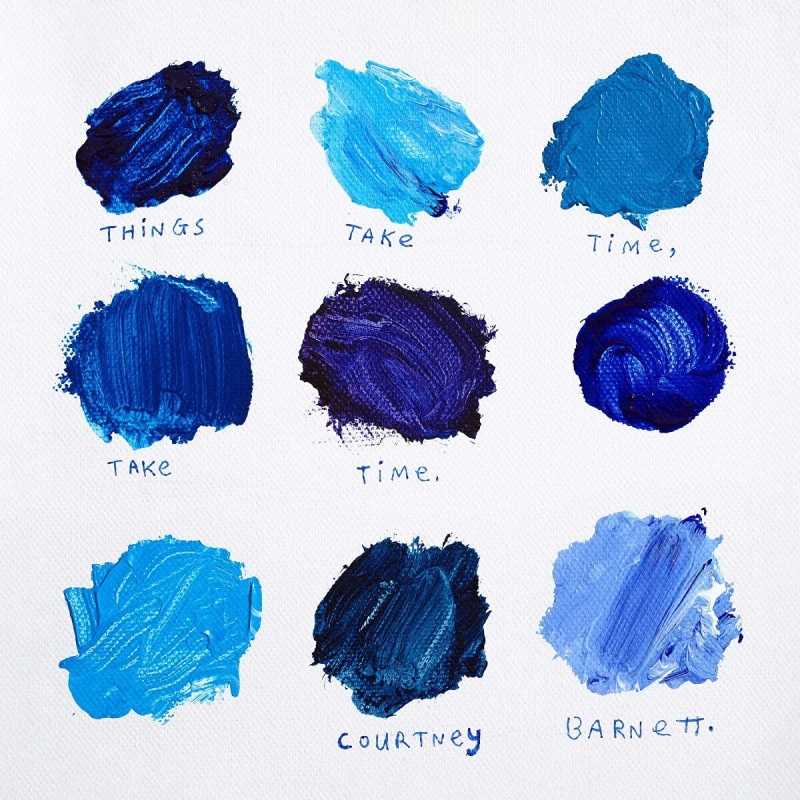 If the pandemic was going to benefit any artist, or play to their strengths, then it was always going to be Courtney Barnett.

As her distinctive, languid vocal style is testament to, Barnett takes her time over things. After plying her trade in various projects in the early years of her career, mainly playing guitar or releasing material on her own label, the Australian belatedly released her debut album (its title – Sometimes I Sit And Think, And Sometimes I Just Sit – emphatically proving the point) to much acclaim in 2015.

Amidst further side-projects, her second album followed in 2018, but since then a series of issues have bedraggled her, including breaking up from her long-term partner Jen Cloher, the wildfires which tore across her home country in the early part of last year, and the pandemic.

Fortunately, there have been some positives to come out of this turbulent time – namely Things Take Time, Take Time, which finds Barnett taking positivity and solace from the smallest of things.

Yet it takes a while for the bright spots to shine, with opening track Rae Street eloquently conveying the pessimism we all experienced at some point in 2020; ‘All our candles, hopes and prayers/though well-meaning, they don’t mean a thing/Unless I see some change, I won’t change my sheets today,’ succinctly portraying the dichotomy of the mundane and the horrific, against a slovenly enticing guitar.

The dusky Sunfair Sundown, complete with calming keys, also offers insight into the mindset of the individual (‘you’ve got a blank slate to renovate’) while, in contrast, the bluesy Write A List Of Things To Look Forward To (if nothing else, great advice) is catchy in the extreme and very nearly pop.

The straightforward optimism of the snappy Take It Day By Day, midway through the album, demonstrates the progress made. At less than two minutes, the song is strangled at birth and no-one would begrudge another minute or two.

The woozily sad Here’s The Thing has a persistent bass line and melody structure (along with a gentle snare) which nearly evokes The Velvet Underground & Nico, were it not for the difference in vocal delivery, which is fast becoming both Barnett’s trademark and Achilles’ Heel.

While it’s instantly recognisable, when delivering lines such as, ‘I’m not afraid of heights, maybe I’m just scared of falling’, it comes across indifferent or even sarcastic, which is surely not the intention. It works to better effect on the slippery Before You Gotta Go, with some tidy lyrics (‘If something were to happen my dear, I wouldn’t want the last words you hear to be unkind’) elevating an already pleasant song.

The album’s centre-piece, Turning Green, sees Barnett fully embrace the positives (‘In this springtime, lethargy is forcing you to see flowers in the weeds’) in universal feelings amidst a comparatively energetic guitar solo and pace-increasing drums, but the best track is If I Don’t Hear From You Tonight, a fully rounded ‘band’ composition which at first masks some exquisite lyrics (‘I lay awake and wonder why/I pray for rain and angels cry’) until they inevitably claw their way into the consciousness.

Closing track Oh The Night brings the emotional adventure we and she had been on to a head, as the stark piano seems to strip her veneer right down its core; ‘You know it takes a little time for me to show how I really feel.’ Emotional journey complete.

Barnett continues to take her musical cues from the slacker rock sounds of Kurt Vile and (pre-2021) The War On Drugs, and her deadpan vocal inflections and melodic choices shouldn’t work, but somehow do.

Her enforced solitude may not have been so enjoyable for her, but on Things Take Time, Take Time we all reap the benefits.