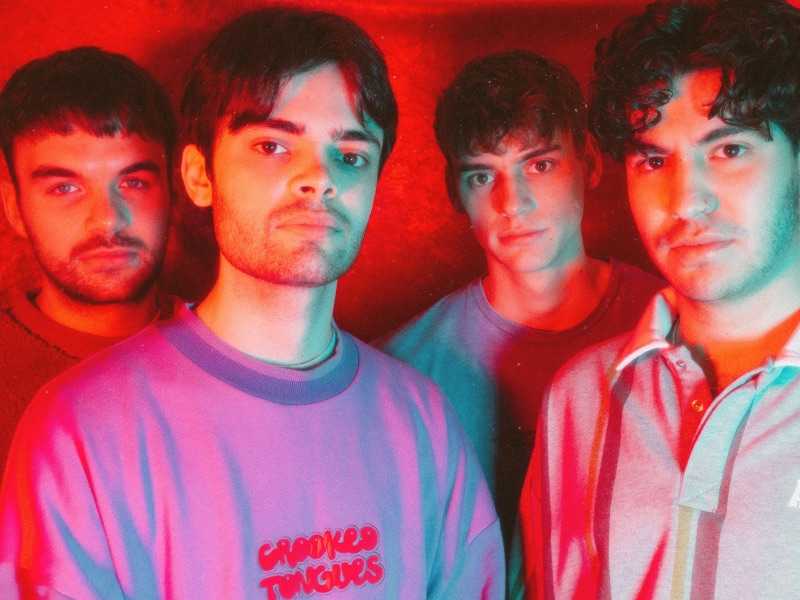 Blondes have been working in Liverpool with the promo’s director Dom Foster.

Blondes have premiered the video for their new single Minimum Wage – ‘great fun to shoot’, according to guitarist and songwriter Alex Davison.

“It was filmed in Liverpool in a large industrial space where we, the band, pull out the elements for the pop-up video from a small, delivery sized, cardboard box,” he continues.

“We are the workmen that construct the set for the film in which we then star. The idea came together very quickly, and references Stop Making Sense, Wes Anderson and Mary Poppins. There’s also a nod in there to Andy Warhol’s Factory.”

The single follows the streaming hit of Coming Of Age, which sparked a Live4ever Presents… feature when we described the song as carrying, ‘an evocative, yearning guitar built around a lick of the kind which Robert Smith or Johnny Marr would be proud’.