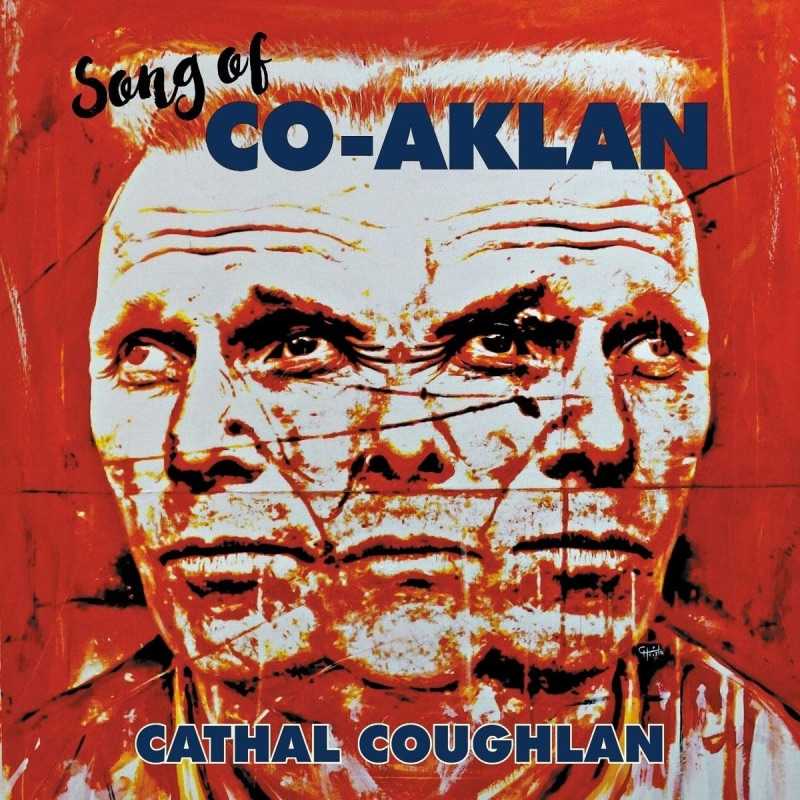 ‘Think of it as Jaws in space.’

The high concept for Alien was designed to sell the idea as simply as possible; in the late 20th century the new principles of mass communication were to rely on a gross dumbing down of any message intended for public consumption.

The same principles were applied to many spheres of music, not least of which was an apparent trans-Atlantic fascination with the Celtic roots of acts like Simple Minds and U2, their output shifting post-Live Aid to ever more blank levels of emotional constipation.

It was a tack that ostensibly Cork’s Microdisney could’ve aped, their third album – 1985’s The Clock Comes Down The Stairs – regarded in many quarters as the finest produced by an Irish band that decade.

But for chief songwriters Sean O’Hagan and Cathal Coughlan, the major label experience it earned them inevitably turned sour and, shortly after supporting David Bowie in London, they split in 1988.

Coughlan then retreated to the underground, his music in the Fatima Mansions harder edged, after that releasing several albums under his own name (although it’s been more than a decade since his last, 2010’s Rancho Tetrahedron).

Microdisney reformed briefly to play a handful of rapturously received shows to celebrate The Clock Comes Down The Stairs’ legacy, O’Hagan and co part of a re-energised talent pool from which Coughlan – now widely recognized as one of the Irish songwriters of his generation – dipped into to make Songs Of Co-Aklan with.

Described as ‘loosely conceptual’, it centers around an alternate persona known simply as Co-Aklan (which is an avatar in development).

It’s a record which outwardly projects something of its creator’s playful cynicism, but musically in part continues a well-established quest to craft more examples of what he once described (only half-jokingly) as, ‘the north European ballad’.

The titular opener helps to illustrate this as being closer to normality than it may read. Whilst the overarching premise tilts at the numerous short comings of our species, Co-Aklan/Coughlan and friends make a regular noise, delivering sublimely blended mature pop almost totally free of modern-day artifice.

This contrasts sharply with the subject matter, a whip-smart dissection of the current geo-political catastrophe that has, he rightly points out, been eighty years in the making since the end of the last World War.

Drawing up the lines of understanding without obvious verbal cues is however far from straightforward. The late John Peel once famously declared that he could listen to Coughlan sing the phone book, but take some of the words from Passed-Out Dog as a for instance: ‘The melted golden calf, scalding out the spleens/They’ll bring a big brass band, they’ll line them up to play/They’ll ask which town they’re from and then they’ll blaze away’. Quite.

Lovers of dense prose will equally admire the frequent nods to Irish literary tradition, but The Knockout Artist, about a self-flagellating material Don in hate with the world, is couched as a Broadway style romp, while St Wellbeing Axe captures the immediacy of post-punk minstrels and fellow countrymen Fontaines D.C., and the likes of Owl In The Parlour and The Copper Beech wear their tragi-comic disguises with aplomb.

There’s nothing as gauche as a high concept to Songs Of Co-Aklan, a record as grainy and nuanced as you’d expect from someone who has the self-respect to rarely re-trace his steps and sees his work as somewhere between redemption and catharsis.

It’s conscious enough to want to entertain its audience but Cathal Coughlan, as ever, addresses the test purely on his own idiosyncratic terms.