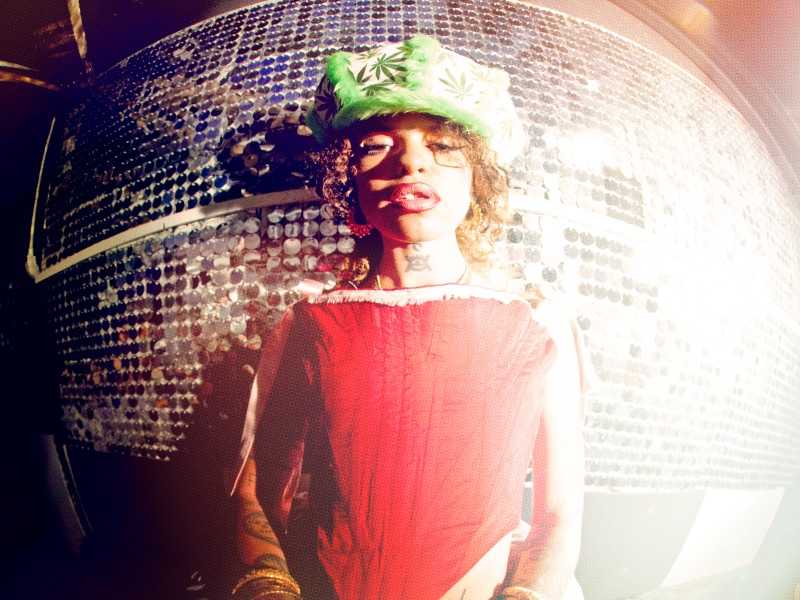 Greentea Peng: “I offer you MAN MADE.”

Greentea Peng has confirmed her debut album for release on June 4th.

Recorded at the lower than industry standard frequency of 432 Hz, sessions were overseen by exec Earbuds as producers such as Swindle, SAMO & KIKO and Mala made their own contributions to the LP’s sound.

“MAN MADE – an exploration of self and sound,” Peng says. “A product of shifting paradigms both inner and outer.”

“An ULTRA SONIC TRIP. This album is an offering of healing, a provocation of Hu Man spirit soul. Out of tune with the industry and in tune with the universe, this is a 432hrz production.”

“Deliberately detuned out of any Babylon standard! It is to be felt…like a buzzing bee, in one’s chest. A VIBRATION. A jambalaya of expression, this project fits no genre, not to be digested easily by everyone.”

“However for those occupying the same space right now, upholding the frequency at such a transformative and challenging moment in time…I trust THIS SOUND will find you.”

“Dedicated and inspired by the late Jimtastic, join me and my boys as we travel the Sonicsphere on the way back to centre, through the depths of apathy and the heights of interconnection through surrender…”

It follows single releases last year which included Hu Man – one of Live4ever’s top tracks of 2020.