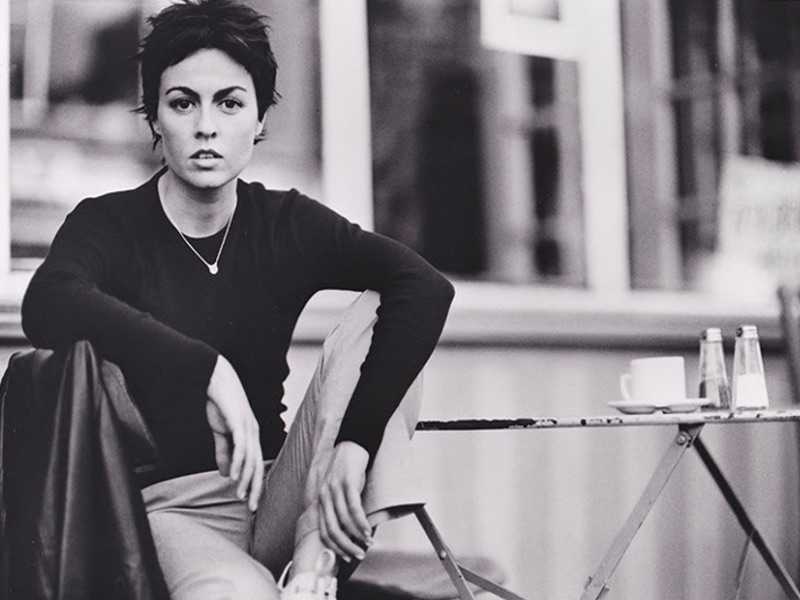 Louise Wener speculates: “Given what’s happened subsequently, and the last few years, it feels like a golden period. That rose-tinted spectacled view of it is only going to entrench. It could be the last magic moment in the way we lived in western democracy, who knows?”

“We were at peace because we didn’t care as much. It was just a construct. I don’t think New Romantic bands sat and thought about their New Romantic-ness. It’s either over-analysed or people are ‘blah’ about it. It’s either too much or too little, but it’s somewhere in the middle.”

“We were just chancers trying to make a record that someone liked. We didn’t sit there thinking about our place in this commentary of Britpop. I think the way it’s written about now is overwrought. It didn’t bother us because we didn’t give it validity.”

Right, that’s the compulsory Britpop question out of the way. On to business.

While it’s been great to see some of our favourite bands reunite over the last decade-and-a-half, many have been tempered by the undeniable whiff of a cash cow lurking nearby (The Stone Roses being the prime example). It’s telling that those who reunited for the love and for the fans are in it for the duration (such as Ride and Shed Seven).

Sleeper typify the latter approach: Louise Wener was in the middle of a successful second career as a novelist until circumstances emboldened her to get the band back together (man) a few years ago.

Tragically, all the joy and love that’s been thrown their way came at a very heavy price, one which is unlikely to ever fill the void that sparked the reunion, as Wener explains to Live4ever:

“In 2017, my sister got very very sick. She was diagnosed with cancer and then died, and in the middle of that depression and everything that surrounded all of that, we were asked to do the Starshaped tour.”

“We used to get those emails all the time and I’d delete them without reading them! But I just had this strange reaction to what was going on that year, in that I was going to do something that was so outside my comfort zone and see if we could do it.”

“It was very much an impulse decision. We keep getting these questions of, ‘How do you plan a comeback? What’s the best way to do it?’. I’ve no idea, honest to God, I just phoned everyone up and asked if they wanted to do this.”

So moved were Sleeper by the positive reaction they got at the Starshaped gig that their return was extended to incorporate more shows, and then 2019’s The Modern Age – an album which had no right being as good as it was.

“That (the reaction) was what made us carry on and do the record and more shows. We weren’t expecting to feel that. There was a lot of joy in those performances, and you felt that from the crowd. You just felt the communication you get with a crowd when you perform. It was really uplifting and that’s what we needed.”

2020 was filling up nicely, with a co-headline tour with fellow 90’s survivors The Bluetones pencilled in, and then…well, you know this bit. Undeterred, Wener and the rest of the band took on a new project: excavating from the archives various pieces of work that were incomplete.

This included tracks Wener and drummer Andy Maclure had earmarked for a solo album following the band’s split, as well as some numbers demoed by Jon from the same period. With some additional tweaks completed during lockdown, the band’s ‘fifth’ album, This Time Tomorrow, is now ready for public consumption.

Logically, at least to us mere mortals, when the decision was made to record a new album the tracks immediately available would have been the obvious (and easiest) candidates, but Wener reveals that the band made the brave decision to start anew:

“When we first thought about doing a new album, we thought about using this material, but I really felt that I wanted to write new stuff to see if I could. It had been so long. Then I started writing and it was so enjoyable, and I really liked the songs we were putting together, so we put it on the back burner.”

Last year’s lockdown gave us all the ‘luxury’ of time, and Sleeper put theirs to good use: “It was the thing that kept us semi-sane through the middle of last year. Music’s really escapist and allows you to travel somewhere in your head. It took us out of that confinement, to have something to do. It’s a lovely thing.”

“Partly because we were all locked in we had to do it from scratch, entirely by ourselves, just to see if we could. That gave us an extra project and it’s actually been a lovely thing to do. Taking total responsibility from the ground up, getting everything done, such as getting the records pressed.

“We were sending them out from our house. It felt like that music deserved that work from us. It’s been so long that we felt quite protective of it.”

With the time available to amend the recordings (an artist’s prerogative and dream), the band’s attitude towards their past work is laudable: “The songs absolutely had to be what they were.”

“All we did was improve them sonically where we could. Back in the 90s I’d do a melody with nonsense lyrics, so there were some lyrics that were fully formed and some were just completely unfinished.”

“Tell Me Where You’re Going had complete, finished choruses, but the verses weren’t finished. So it’s got my 90’s vocal on the choruses and a 2020 vocal in the verse. Lots of things like that happened, but there was no notion to make it fit together in some way, because it can’t. It’s very much a record of that missing period.”

Tell Me Where You’re Going acts as the lead ‘single’ (if such a thing exists these days) and, along with the accompanying video of planes and idyllic locations, is unexpectedly moving in early 2021. It also sits alongside their best work. Wener agrees:

“I think that may be one of my favourite Sleeper songs ever. That was a song that kept driving us back to finish it. It moved me, so I thought if it did something to me emotionally, especially with everything that’s going on at the minute, it may have an effect on someone else. That’s the gut feeling you go by.”

Competing for the accolade of most unique track on the album, We Are Cinderella features backing vocals from the late George Michael. Wener explains to Live4ever how this unlikely collaboration came about:

“We were working in his studio with James Jackman, who was collaborating with us at that time, and he (Michael) used to pop in when we were recording. We used the studio in downtime when he wasn’t using it, but he’d come in sometimes and listen to what we were up to.”

“He heard that song and really liked it. He essentially produced my vocal on that track, and he comped the vocal – which is when you take all the different takes and select the best bits of each take and knit it together as one master vocal – he sat and did that with me which was lovely.”

“We got to the end and he said, ‘Do you know what? I think this needs a low texture vocal in the last couple of choruses. Do you mind if I put a backing vocal on it?’. Do you mind? I really, really don’t!”

“It was set up in a basement room, and I’ll always remember this gorgeous, George sound coming out of the speakers, and he then said, ‘Was that OK?’. Yes, it’s really OK!”

“I’m an 80’s pop kids, so it was gorgeous for me to have that happen. He was really lovely. Warm, funny and really generous to us. We didn’t have a deal and he used to let us play. It was a really generous moment.”

As you’ll hear, This Time Tomorrow is a welcome addition to Sleeper’s canon, which begs the question; why wasn’t it finished? “I’d started writing at that point,” Wener tells us. “I had a little electric typing machine, and I was writing a novel at the same time.”

“I got so into that, and the process of the music industry (such as) where this might end up, how I’d get this out…I just went, ‘Do you know what? I’m just going to do this for a while and see how it feels.’ I was ready to step out for a shortish time, but it ended up being decades, which is just the way life goes.”

The album is only available to buy rather than to stream, which was a conscious decision by a band who are all too familiar with the workings of 2021’s music industry:

“In line with the Broken Record campaign, an album like that will do nothing for us on streaming. People will do it because it’s convenient, and it will reach a wider audience eventually through that. But that was not our primary goal to do it. It was for us. It was for the fans. We wanted to put it out in that way. Streaming offers almost nothing for us.”

Wener is fully supportive of the Broken Record campaign, which has made great strides and is now a point of discussion in Parliamentary Committees. “It’s an amazing campaign, and it’s amazing that it’s got to such a high level,” she says.

“It’s interesting to see what creativity seems to imbue value and what doesn’t. Music has long been regarded as free because it came from that episode (the rise of Napster in the early 2000s) where it was free, and people have got used to that. Whereas some creative industries seem to be rewarded and some don’t.”

Not that this should be a creative’s problem. They should be creating rather than campaigning, and Wener hints that there is more music to come:

“I’m writing new stuff at the moment, which feels like a lovely thing to do in the midst of everything. We’re home-schooling and doing all of that, so in-between writing for a couple of hours in the attic feels like the loveliest thing.”

“This all feels really profound, what’s happening to us right now, and I think there’s a lot to say in music about it.”

This Time Tomorrow is available online from the official Sleeper store.