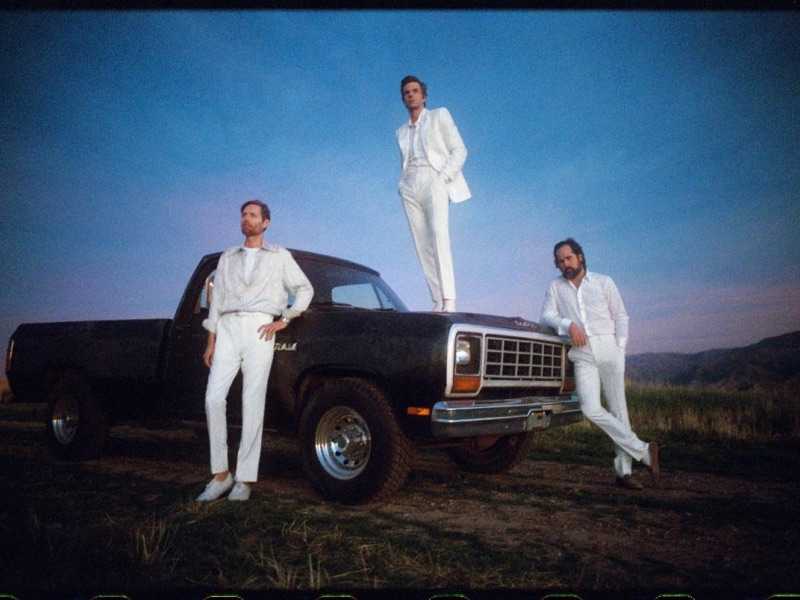 The Killers by Olivia Bee

It comes from The Killers’ recently released deluxe version of Imploding The Mirage.

The Killers are streaming a new song online which their fans who’ve purchased the extended version of last year’s studio album will have already had for a little while.

C’est La Vie was first released as a bonus track on the updated edition of Imploding The Mirage, adding more to the life of a record which Live4ever awarded a 7.5/10:

“Flowers too likes to let us weigh him up for the reluctant confidante he’s always been, especially on the titular closer which opens with the genius-like couplet, ‘I was a timid Rockwellian boy/She was tattooed and ready to deploy’,” our review reads.

“Arguably though, despite all the pretence of wanting to raise or soothe an army with all their theatre, The Killers still work best when hanging at the edge of a random dancefloor.”

“To underline this, arguably Imploding The Mirage’s most absorbing track is the sparring funk of Fire In Bone, a song which might just set them back on the road back to square one, 2004.”