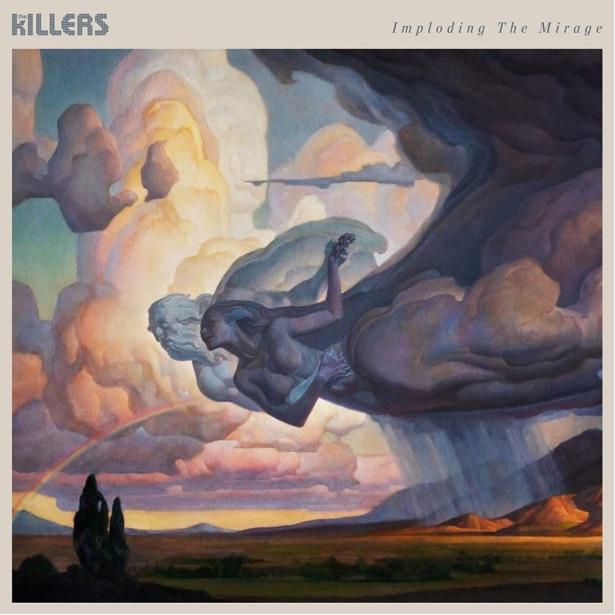 On release one breathless critic declared The Killers’ Mr. Brightside as the greatest single in the history of pop, ever.

Even remembering that this was 2004, the idea still seemed more than a little far-fetched. After all, weren’t the Las Vegas quartet just decanting their love of New Order, The Cure, Duran Duran and dozens of other 80’s new wave bands through the lyrical cross hairs of The Breakfast Club, or Pretty In Pink? The very idea of this neo-tribute being the greatest single, ever, sounded ridiculous and wrong. But yet, you had to admit, also possible.

An incalculable amount of stuff has gone on since then of course, from absentee members/non-members (guitarist Dave Keuning seems determined to continue with a so-far modest solo career) to Brandon Flowers and family leaving the band’s alma mater Las Vegas for Utah. Less salubrious has been the emergence of as-yet-unproven allegations of sexual misconduct made against their touring party.

How have all these things affected the band who at one point in the late noughties seemed to have no natural predators? Simple. They’ve taken one sniff of rock’s angsty, downsized prevailing winds and performed a 180. Imploding The Mirage is a record designed to do the opposite to its title.

OK, so superficially there’s some tinkering with the band’s precepts, Dying Breed containing a sample from Neu!, but then right away Flowers coos, ‘But if you’re looking for strong and steady/Well baby you found it’, invalidating any new found krautrock creds.

There are also guest appearances from Weyes Blood (on the drive through sermonising of My God), The War On Drugs’ Adam Granduciel and Blake Mills in the hipsterish corner, but equally former Fleetwood Mac stalwart Lindsay Buckingham chips in on the sky-scraping Caution, and the presence of Ariel Reichstadt underlines the thought that despite these concessions to the last decade of musical advancement, very little is being left to leftfield.

Accordingly, the group’s best and most reliable parts have been left untouched. Flowers’ voice for instance – always seemingly a key change away from disaster – is still trimmed to reach you in row XX with the kind of sincerity that outshone his awkwardness with being a star. On Blowback it’s in top gear, singing words about a woman living from Greyhound to Greyhound, perhaps on the lam from Sam’s Town, the quasi-mythical spot in which the band had made so much emotional investment before they too kissed it goodbye.

Flowers too likes to let us weigh him up for the reluctant confidante he’s always been, especially on the titular closer which opens with the genius-like couplet, ‘I was a timid Rockwellian boy/She was tattooed and ready to deploy’. Arguably though, despite all the pretence of wanting to raise or soothe an army with all their theatre, The Killers still work best when hanging at the edge of a random dancefloor. To underline this, arguably Imploding The Mirage’s most absorbing track is the sparring funk of Fire In Bone, a song which might just set them back on the road back to square one, 2004.

That might sound ridiculous and wrong. But yet, also possible.