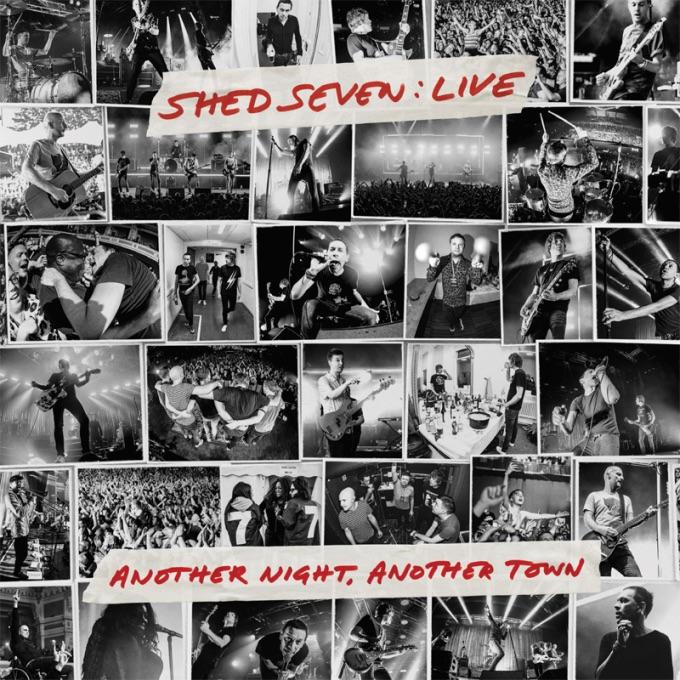 Catchphrases from adverts are by definition meant to become part of language – that’s the point.

In Britain, one that’s wedged itself into everyday conversation is for a wood treatment product marketed on its no-frills packaging and dependability, a guarantee of performance explained by the aphorism: ‘It does exactly what it says on the tin’.

It’s impossible to write about Shed Seven and not mention Britpop, the relatively brief but impactful age in which we repelled the evil forces of grunge via a séance with Swinging London and then added some vaguely punk avatars.

All over in more or less three mid-90s years, its messy denouement is now looked back on in some quarters with less fondness than it deserves. But the growth phase was thrilling, and in an alternative universe in which vainglorious politicians and stinking tabloids didn’t subject matters to a cynical hijack, it’s largely forgotten now that the melding of old and new had promised much.

Shed Seven bear scars from it which they probably never merited either; one of the time’s most successful bands, yet equally one of the most critically cold-shouldered. After a brief hiatus in the early part of the new century, Rick Witter and co. have been making the most of our seemingly insatiable nostalgic streak since, but recently took things a step further with the release of new material in the shape of their fifth album, 2018’s Instant Pleasures.

Lately, they’ve been involved in a highly LOL-able Twitter spat where a user mistook their @ for a garden supplies company – you can fill in the rest.

Another Night, Another Town has been compiled from sell-out live performances at Castlefield Bowl in Manchester and the Leeds arena, and is testament to the also reliable musical truism that bands who play together, stay together. These are documents of heady times; gone is the smelly Transit (as the band have never been such a hot ticket) and at a runtime of nearly two hours, this is intended to be a complete Sheds gig on your phone.

This meaty duration affords the luxury of not defaulting to a greatest hits set any fan could probably reel off without thinking; Invincible’s soulful Room In My House now opens their shows and sounds as up for it as the crowd, while Enemies And Friends and People Will Talk are new button pushers in a familiar style.

Elsewhere, that omnipresent Stone Roses vibe takes form as She Left Me On Friday breaks down into a jam out of I Am The Resurrection’s wah-wah crescendo, while a number of numbers are upgraded and lengthened into proper freak-out-down-the-front material.

The anthems of course are here too, from Where Have You Been Tonight’s wristy angst to very crowd pleasing renditions of Disco Down and Going For Gold, while the mass singalong finale Chasing Rainbows is suitably mate hugging.

Another Night, Another Town is a title which in the wrong hands could suggest a band taking things for granted, but the contents tell a different story.

You could also say it does exactly what it says on the tin, but Shed Seven have never paid much attention to slogans, unless it would be something about he who rocks last rocking longest.