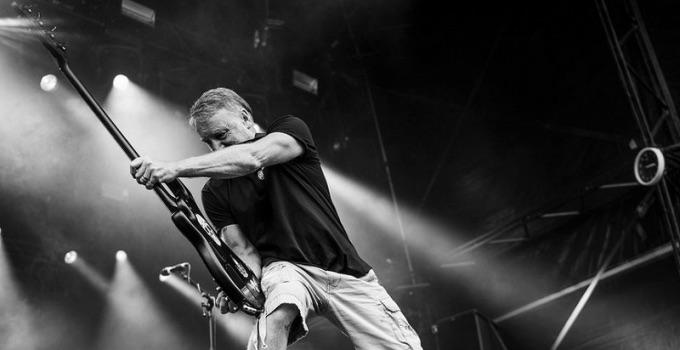 The concert will premiere on the day a Peter Hook & The Light UK tour would have started.

A previously unseen Peter Hook & The Light concert from November 2014 will be broadcast on January 15th 2021 to raise funds for the group’s touring crew.

Live In Mexico City is a two-hour, 25-song set affair – featuring the Joy Division albums Unknown Pleasures and Closer in full – and will go out on five different occasions to time at 8pm in the UK, New York, Los Angeles and Sydney, as well as 9pm for Europe.

“Mexico is an amazing place,” Peter Hook says. “From the very first time we played there I knew this would be a special place for Joy Division. The passion shown by a very young audience is really intense.”

“I wish Ian could have been there, though I suppose in a way he was! I hope you all enjoy streaming the concert and I am proud to say that all the proceeds will go to our hard working tour crew, who have been hit so hard by the pandemic.”

“With the future of live music still in some doubt, it’s important to do what we can to support those in need in our industry.”

Tags:peter hook and the light