Home
Live
Festival & Tour Dates
Ash join Elbow, Everything Everything on Passport: Back To Our Roots line-up 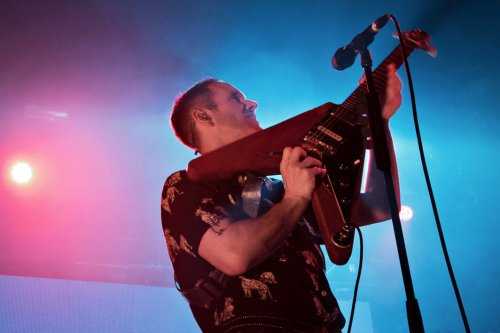 Ash have joined Elbow and Everything Everything on the Passport: Back To Our Roots line-up and will play their own intimate gig in 2021.

Bands have been invited to play shows at local or special venues for the series with the aim of raising money for the UK’s live music scene which is struggling through the current pandemic restrictions; Ash’s will be at Sneaky Pete’s in Edinburgh next year once those restrictions have been significantly eased.

“Grassroots music venues are the lifeblood of a healthy music scene; its where we cut our teeth as a band, learning our craft, honing our skills, networking and socialising,” Rick McMurray says. “You can spend as long as you like in a rehearsal room but nothing sharpens you up like a live audience.”

“For 99% of musicians this happens at your local grassroots venue. Without venues like Sneaky Pete’s new music will suffer. The music scene is nothing without them.”