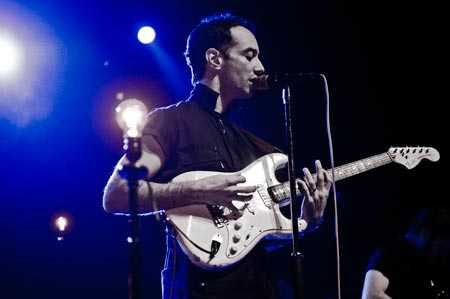 The Strokes have signalled their intention to release a new album this year by starting it with a fresh cut entitled Ode To The Mets.

The song was played during the band’s new year gig at Brooklyn’s Barclays Center, when frontman Julian Casablancas is reported to have told the crowd that they’re ready to follow-up 2013’s Comedown Machine after ‘taking the 2010s off’.

“If you really love someone, you’ll be frozen with them. You know what? I don’t know what I say generally, and I ramble a lot, but I love you guys, and it’s a real honor to share the stage and this night with you guys.”