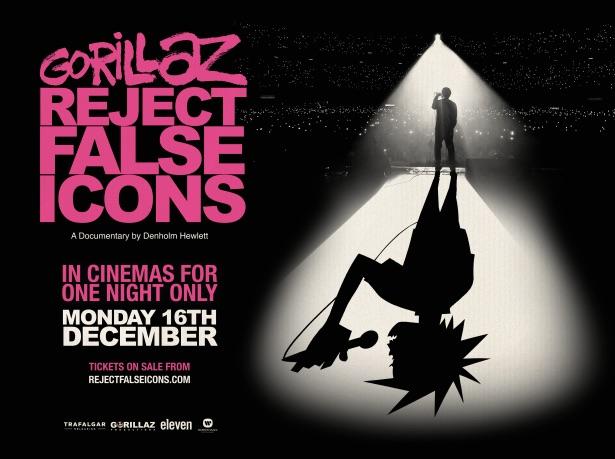 A trailer for the Gorillaz documentary Reject False Icons has been posted with it set to premiere in cinemas around the world for one night on December 16th.

He was also present for the band’s touring across Europe and the Americas, and Albarn’s own Demon Dayz festivals in the UK and US. “I’ve just wanted to make another record so that when we play the gigs this summer there is something nice to play everyone,” Albarn had told Zane Lowe on Beats 1 as The Now Now followed up Humanz.