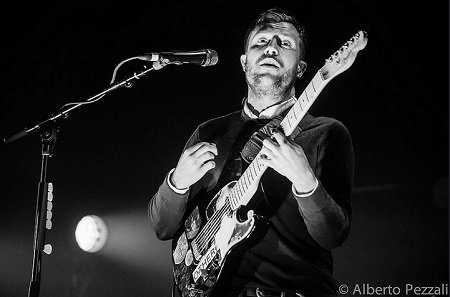 Orlando Weeks is to follow-up his tour of the UK last month with a new set of dates in March 2020.

New solo material was aired during that September run, and more may well be known about Weeks’ debut solo album proper by the time the next tour starts in Liverpool on March 5th after his first post-Maccabees venture, the multimedia Gritterman project.

“The album I’ve been working on for the last eighteen months is very nearly done,” he’s previously said. “For me, holding my nerve has been a large part of finishing a record, and there’s a certain confidence that comes from discovering a song can survive in a room full of strangers.”

“The flip side of that is that you unearth problems you wish had stayed buried. There’s every chance it won’t work, but that’s the gamble.”