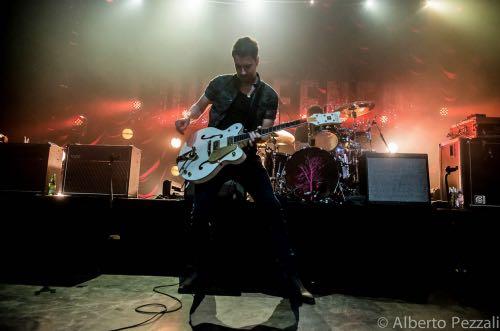 The Courteeners have revealed The Coral and Miles Kane will provide the support when they play UK gigs from the end of next month.

The Coral will be with them at the London Olympia on November 30th, while Kane is to join their regular Christmas time Manchester Arena gig on December 14th.

We last caught The Courteeners during Reading Festival 2018, observing the live draw which makes them ‘perhaps the most curious act in rock today‘:

“Ignored by scenesters and largely by the press, they can sell out Heaton Park in their hometown and must have played Reading countless times. Their ascent up the bill has been glacial – now only one step away from the top, they auditioned for the headline slot in relentless fashion.”

“A career-spanning set, the highlight The 17th, one of their most recent singles, is a subtle banger driven by synth keyboards, a world away from the cranium crushing Cavorting, which was also given an airing.”

When these gigs are completed and the new year rolls in, The Courteeners’ next studio album More. Again. Forever will be ready for release on January 17th, 2020.

Tags:miles kane, The Coral, the courteeners