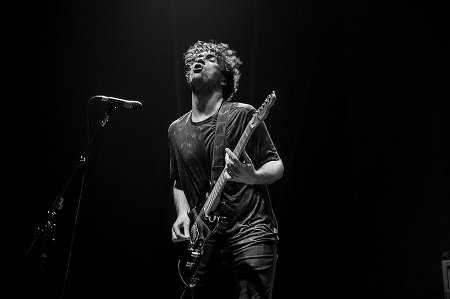 Pulled Apart By Horses have shared a new, standalone single which has been adopted by Transgressive Records as the ‘official anthem’ of their 15th anniversary.

Recorded at The Nave in the band’s native Leeds, Is This Thing On? was mixed by Slaves cohort James Mottershead and arrives after the recent completion of a UK tour which saw them road-testing new material with a view to following up their last studio album, 2017’s The Haze.

“We’ve been working on new material since 2018 and when we heard our spiritual label home Transgressive was celebrating its birthday this year, it seemed rude not to get involved,” the band say. “They are integral to PABH and what we’ve become.”

“Is This Thing On? felt like the perfect track to put out with them and it’s a very fitting preview of what’s to come next from us.”