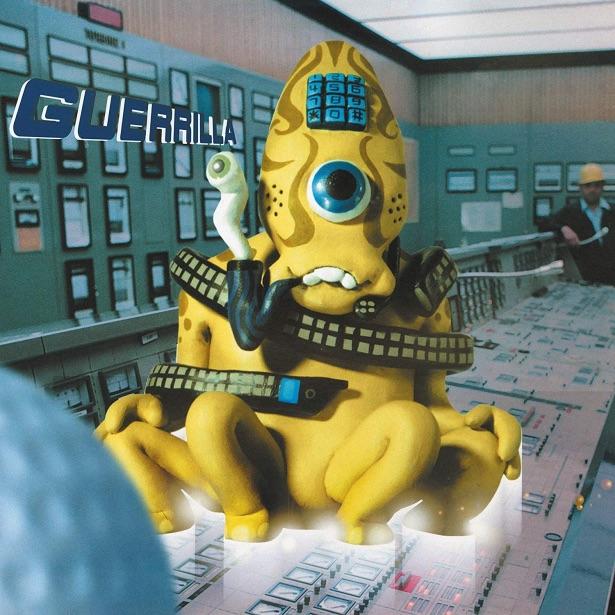 There’s something reassuringly vast about a Super Furry Animals re-release, like hearing the thwack of a big Sunday newspaper landing on the mat.

It’s as if the Welshmen feel a little bit guilty for asking you to part with hard earned money for stuff you already own, but there’s equally little doubt each volume is done with far more sincerity than 99% of other similar projects, although Guerrilla has been out again once already in 2005, but let’s gloss over that.

Two decades ago it was billed as the band’s straight ahead pop album after their opening salvo – 1995’s Fuzzy Logic and 97’s Radiator – had wowed but also confused drunk Britpop audiences.

It’s worth remembering however that, although it was recorded in 1998, Guerrilla wasn’t released until the year after, a time when half the population thought they were going to die at midnight on New Year’s Eve. This meant that often things weren’t as advertised, and besides you always knew that Gruff Rhys and co. saying they’d hit the mainstream switch was a little like Brazil reckoning they were going to play conservative football – they might want to, but it was never going to happen.

There were consequences to pleasing all of the people some of the time, as the more experimental material in a 25-track-long list was by and large dispensed with, but what remained was still wickedly unorthodox, from the wonderful, Mariachi-tinged The Northern Lites, the mad professor zing of Wherever I Lay My Phone (That’s My Home), Fire In My Heart’s rootsy Americana to Night Vision’s muscular post punk.

If the original concept had been intended as an exercise in persuading everyone how normal SFA could be, in reality all Guerrilla did was underline them as the chart interlopers they were, their mischief enough to hide the finery of The Citizen’s Band out of plain earshot, while the cultural impasse of its lukewarm public reception would result in the Welsh language-only follow up, Mwng.

It’s extremely rare however for the additional material featured on second comings to completely change old perceptions of both artist and record, but whilst the half a dozen b-sides will be familiar to most, the unreleased songs are something of a goldmine. Here, the lo-fi, formative grit of the Ewloe demos acidulously reveals work in progress, but Check It Out’s acid burps and Belgian rave feel, along with the static glitch of DX Heaven, are the piece which truly elevate, arguably as close as any ‘band’ got to the IDM dynamic so in vogue at the turn of the century.

A pop record that was a sometime soundalike to serious heavyweights like The Flaming Lips, Mogwai and Autechre? That’ll be Guerrilla then, a reissue like all the others by the Super Furry Animals to-date, one that you won’t begrudge them for, because when it comes to buying things of theirs you know you probably don’t have to, but you know you definitely will.