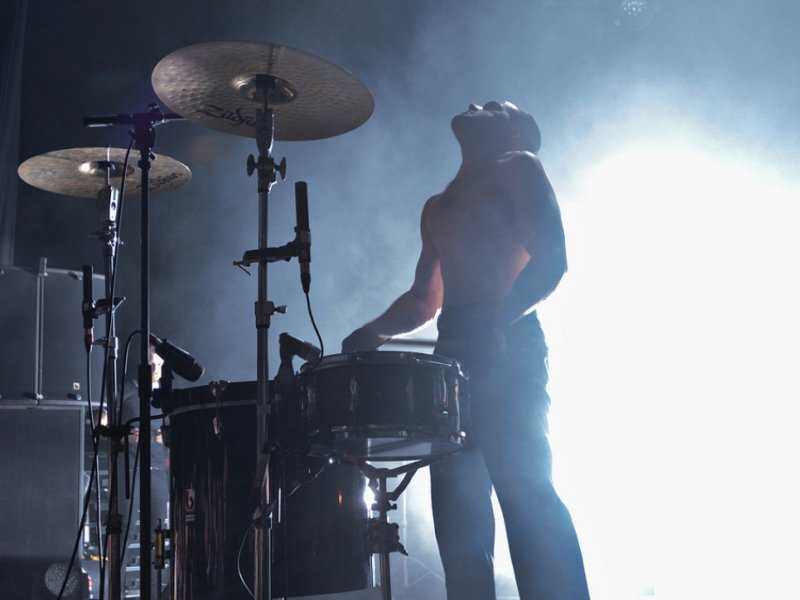 Slaves are set to move on from last year’s Acts Of Fear And Love album with the release of an EP entitled The Velvet Ditch on July 18th.

Acts Of Fear And Love was one of Live4ever’s top albums of 2018, ‘although succinct at 9 tracks (considerably shorter than Take Control’s 14), not all ferocity’, according to our review:

“Ellie Rowsell of Wolf Alice makes an appearance on Daddy, adding her usual breathy vocals to a lament (by Slaves’ standards) about the pressures of fatherhood.”

“Structured only around a meandering guitar, it’s a pleasant draw of breath after the bludgeoning of the senses provided by the opening numbers. Recent single Chokehold has the lyrical content of a ballad, singer/drummer Isaac Holman dealing with the age-old themes of how fragile the male ego is in the aftermath of a broken relationship.”

“The album has echoes of some of Greater London’s previous heroes; The Lives They Wish They Had recalls Graham Coxon’s more frustrated moments in Blur, and the title-track resembles some of that foursome’s experimental elements from their self-titled effort.”