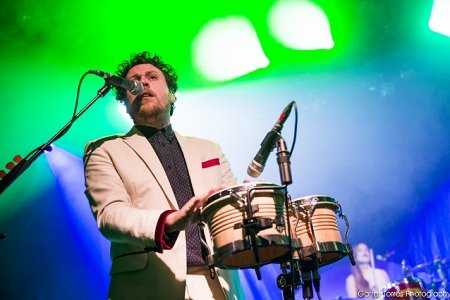 Metronomy have shared a new track and video.

“The Walking In The Dark video is the age old tale of the guru and the fisherman set against a green screen backdrop,” Joe Mount says by way of introduction. “Clara is someone I became aware of through a collaboration between ourselves and Central St Martins college in London a few years ago. Her style is completely unique and something I was desperate to make part of the video.

“The song is one of my favourites from the new record and gives a wonderful taste of how eclectic the album is.”

New album Metronomy Forever is set for release on September 13th, live duties for the band are well underway.

September
1 – England, End of the Road