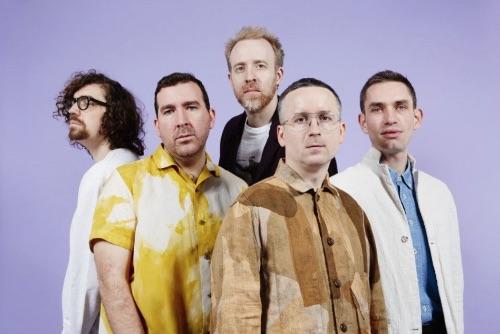 Hot Chip have shared a video for Spell, directed by Simon Owens.

The track started life being earmarked for popstar Katy Perry, but has settled as a central part of Hot Chip’s new album A Bath Full Of Ecstasy: “It’s as if there’s a conscious effort to move on from their last effort, 2015’s slightly moribund Why Make Sense, and the familiar ingredients; Taylor’s sweetly vulnerable falsetto, the artisan bricolage of beats and melodies, a sense of innocence, are driven upwards by a new openness,” Live4ever’s review reads.

“There’s also, perhaps, the spur of wanting to be good enough for someone else: both Spell and Echo were written by the singer and Goddard for Katy Perry, only to end up here.

“Not coincidentally, back in the duo’s hands they’re mind-scramblingly addictive, saved heroically from the garish common denominators of the mainstream and very much Perry’s loss.”