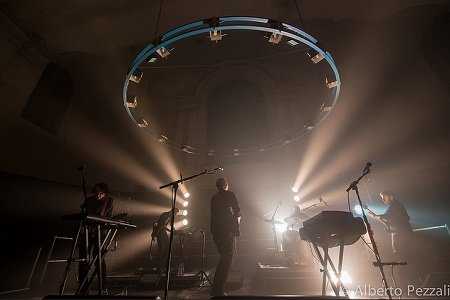 Frightened Rabbit have revealed the first samples of Tiny Changes, the re-recorded version of their Midnight Organ Fight album.

The band revealed earlier this week that they had invited guest musicians to put an entirely new take on their second studio LP to celebrate its tenth anniversary, and the first of those collaborators to be named are Biffy Clyro and Julien Baker – both offering up new versions of The Modern Leper.

“To celebrate the 10 year anniversary/birthday of The Midnight Organ Fight we wanted to avoid the usual approach of just repressing the vinyl, or rereleasing the same record with different artwork or putting out demos that were never meant to be heard by anyone other than the band and maybe our parents,” the band explained.

“We came up with the idea of asking some pals to record their own interpretations of the songs on the album. It felt like a good way to celebrate everyone who had been a part of the last ten years of the band and we didn’t have to do any work ourselves!”

“Every single person on Tiny Changes has been a part of our lives and Frightened Rabbit in a special way over the last ten years. We’ve shared studios, vans, bars, dressing rooms and probably even underwear with some of these people and that’s why this record is so special to us.”

They went on to reveal that Scott Hutchison had played ‘vital part of bringing this album together’ and was ‘something he was very excited about and worked hard to bring to life’.