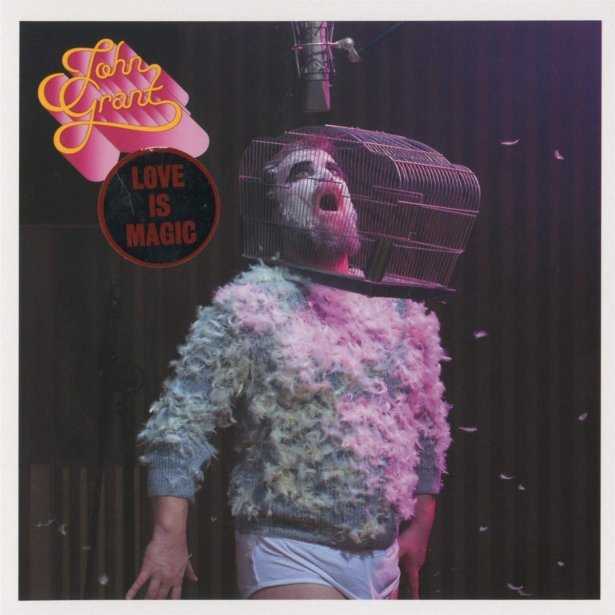 ‘Love is magic’, he sings on the title track, his dreamily smooth baritone steering the casual listener towards a typically sentimental – and hopeful – perception that merely being in love is a life elevating panacea for the beholder that makes all the bad stuff go away.

So far, so fifty-year-old man that’s stepped away from a mid-life that featured drugs, emotional laceration and the disintegration of The Czars, a band he fronted who also made sensationally beautiful and melancholic songs in an era when repression was a just another word for the life of being a guy.

Grant’s story of redemption is a rare one and to be cherished, but rather than just be thankful for the opportunity to rescue his well-being and career from a chaotic downward spiral, he’s instead rejected the wholesomeness of gratitude for something else: a wicked, mind-bending penchant for the absurd and a fearsome dedication to public self-analysis. Thus, the love that is magic here is more like voodoo than Tinkerbell, a lack of choices and a condemnation to both the vast highs and demeaning come-downs that punctuate its uncontrollable skewering of the ego.

This deconstruction has a suitably critical eye, one that roves throughout Love Is Magic’s electronic-obsessed body; having created the impish alter ego Mr. Dynamite recently whilst working with vintage synth guru Ben Edwards on side-project Creep Show, this acidic beat-down complex is never far from the surface, a purr that dominates the attention seeking jaunt of He’s Got His Mother’s Hips and the YMO-sounding lust letter of Preppy Boy.

Grant, of course, isn’t about to let us only perceive him from just one dimension. Jarring opener Metamorphosis pairs a jittering scree of non-sequitur pseudo headlines (example ’14-year-old boy rapes 80-year-old man’) read out by a brazen yucker with some dream-sequence interludes that find the singer contemplating his role as pleasure seeking soul-anaesthetist-in-chief at the time of his religious mother’s death from cancer.

In this world, Grant-Ville, the takedowns are savage, funny and some of the most compelling he’s ever committed to record. An almost lifelong student of linguistics, he more than most will realise the effect of calling one of these diatribes ‘Smug C**t’ will have on the immoral majority. It’s the final solution of cuss words and still taboo across the bible belt of his homeland, but when used as a metaphor for Donald Trump – also directly referenced elsewhere by the line ‘baby’s in the whitest house, playing with his toys’ – the singer will tell you his aim is arrow accurate.

This cavalcade of wit and bestial commentary ends with Touch And Go, a signature ballad that deals articulately with the ordeal of whistle-blower Chelsea Manning from the point of view of a non-judgemental bystander born to an information age which makes us all feel like we know everyone else by a single degree of separation. It’s a fittingly conversational end to a record by what’s become one of contemporary music’s singular phenomena, a go-anywhere talent willing to smother his defining characteristics in favour of satirising himself, virtue and the limpness of our modern-day human spirit.

Love is love after all. And love is magic. But this album provides no safe haven for either.