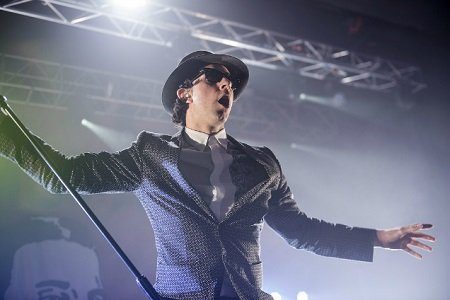 Diagrams succeeds 2015’s Contradictions on October 26th and is being previewed with the razor sharp Silver Rabbit. “It’s a punchy song where the self-doubt and regret in the lyrics is mirrored by the musical tension that develops as it goes along,” Smith says.

“I grew up in the grunge era, so this has echoes of that sound but with my own romantic view of everyday life.”

In our Contradictions review, Live4ever observed how the record ‘balances the conflicting emotions that come with approaching middle age‘: “At thirty-six, Smith is discovering new subjects to write about, without losing any of his younger playful nature. On ‘The Mezzanine Floor’ there’s the sudden realization that he is an adult, documenting domestic life whilst finding the beauty in the mundane.”

“He’ll always be best known for fronting Maxïmo Park, but this release stands Smith out in his own right as one of the most underrated British songwriters of the past decade.”