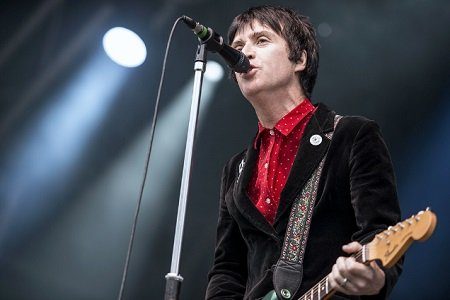 Johnny Marr at Summer In The City (Photo: Gary Mather for Live4ever)

One of the live tracks set to feature on the reissued version of The Smiths‘ 1986 album The Queen Is Dead is streaming over on The Guardian.

The medley of Rubber Ring/What She Said was recorded at the Great Woods Center For The Performing Arts in Boston in August 1986 – the full concert is included in the re-release along with the Queen Is Dead film by Derek Jarman, b-sides and previously unheard demos. It will be released on October 5th.

“You progress only when you wonder if an abnormally scientific genius would approve – and this is the leap The Smiths took with The Queen Is Dead.”