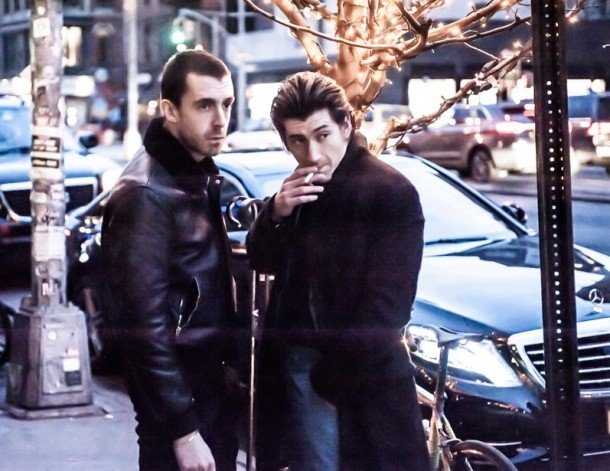 Spray painted on the brick walls of British rock and roll are the names of some legendary partnerships.

John and Paul. Mick and Keith. Ray and Dave. Morrissey and Marr. Ian and John. Liam and Noel. Partnerships which have defined eras, shaped futures, above all soundtracked the lives of millions. In many ways the story of rock and roll is the story of friendship, of brotherly love, of individuals together conjuring up a magic touch to their music which they have never quite been able to recapture once separated.

Look around today though, and you’ll find solo stars. Taking a bit from a producer here, something from an occasional co-writer there, the camaraderie of a life-long buddy is missing, few if any candidates around fit to scribble next to those whose ink has long since dried. For the Millennials, their greatest hope might just be Alex Turner and Miles Kane.Yet here is a partnership of a much rarer variety, only briefly interjecting into careers which for both has brought success thanks to a far more solitary existence.

Without wishing to deny the impact of a drummer fit to stand shoulder to shoulder with the very best, to ignore bandmates who go right back to early high school days, Turner has nevertheless always been the sole public face of the Arctic Monkeys. His own laconic, Cooper Clarke poetry and effortless craftsmanship the undeniable sound of four unassuming Sheffield teenagers who enraptured a generation.

As for Kane, his has been a career of longing for the limelight. Initially stood stage left with The Little Flames, he would venture out front briefly with The Rascals before taking the full plunge into a freeform solo world on 2011’s ‘Colour Of The Trap‘. By 2013, he was hitting the UK’s Top 10 thanks to ‘Don’t Forget Who You Are‘. Collaborations have come and gone in that time, but only one has endured.

Beginning quietly backstage in dressing rooms over a decade ago, it emerged almost immediately from Turner and Kane’s new found friendship. Eventually, as The Last Shadow Puppets, they would release the ‘Age Of The Understatement‘ album to glittering praise in 2008 – its confident, soulful, baroque leanings making their combination distinct and earning a coveted Mercury Prize nomination.

And then, all was quiet once more. Opportunities came. Opportunities went. The timing never quite right. The desire for the partnership to truly reignite never quite there. Until now. Until one spark on one song. “There may have been one or two other moments when we considered it,” Alex Turner tells Live4ever in an exclusive interview.

“We worked together on his first solo record and I remember around that time there was a discussion, because we were writing together, about ‘should we do it again?’. It was pretty soon after the first one and it just didn’t work out, didn’t feel right. The thing with this time was – we were working together again on what was going to be his next solo record and we wrote a song called ‘Aviation‘ – I tried a harmony idea and, hearing the two voices together coming back at us, it was like ‘are you thinking what I’m thinking!?’

“You get in your own groove and we were both obviously doing our own thing; him in the Monkeys and me doing my thing – we were both enjoying them,” Miles Kane adds.

‘The Age Of The Understatement’ was no token gesture. It wasn’t merely a Monkeys album taken an extra Mile. For two still very much young musicians sporting the uniform and the hairdos of the countless guitar bands at the time enjoying some fleeting mid-noughties chart success, it brought new sounds and new influences. It set them apart and displayed a maturity grown out of the confidence found in their own company. In Turner’s own words it was an album of ‘firsts’, right down to the first time he donned a suit.

“It was the first time I’d really thought about ‘singing’. It was definitely access to a different part of my voice that I hadn’t tapped into before. And the first time I’d started to write lyrics that weren’t so temporal or story-telling.”

Strings underpin The Last Shadow Puppets. On the debut album they’re a fully rounded character, emotion and depth and gloriously antiquated on the ‘Age Of The Understatement‘ single and its follow-up ‘Standing Next To Me‘, baring the hallmarks of classic 60s Motown. And for all the talk of partnerships, the strings are the fingerprints of a very important third part of the team, Owen Pallet. They’ve made the new album sing too.

“He is an important part of the puzzle, and he was pretty hands-on,” Kane tells Live4ever. “I almost see these strings as simpler than the first album. Less bombastic.”

“Definitely, both times, once we’d got done with his contributions it had come to life,” Turner continues. “What he did this time was not only tie all the songs together, but also draw a line back to the last one. That relationship suddenly then made sense; because it had been so long we were worried that it’d drift too far and not sound like it had a relationship with the other one.”

The relationship between the two records is clearly a strong one. Not just because of the team, or the sound, but because of the organic way in which both came in to being. When ‘Everything You’ve Come To Expect‘ is released on April 1st, it won’t be the result of a grand plan, or of Andrew Oldham locking them up in a kitchen for the night. Instead, it will simply be the result of a desire to write music together, of one harmony in one song suddenly flicking a switch and leading them both to ask that crucial question, ‘Are you thinking what I’m thinking?’.

“I realised that’s not the case because, as important as that reference material was for the first record, really it’s about the songs themselves and us creating them together.” 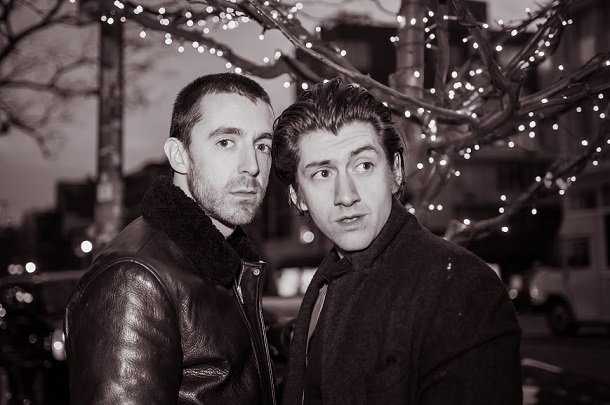 It’s clear being back under the Last Shadow Puppets guise, writing a fully formed body of work for the first time in more than half a decade, has sparked some degree of reflection on their own friendship and its impact on their respective careers. A lot has changed since 2008, of course. A lot has been achieved and a lot of other people’s paths have been crossed, but the time spent in Malibu and beyond seems to have cemented a mutual understanding that for these two, there’s no business like Shadow business.

“I guess I’ve written with more people and collaborated than Alex has, being solo,” Kane tells Live4ever. “That’s been great and turned out good, but anything me and Al write, or when we work together, it’s different. And even though those other things were enjoyable and are great, there’s just something else, the outcome definitely couldn’t happen without doing it together. He rounds off my edges when we sing together.“

“I haven’t really done this with anyone else,” Turner concludes. “I mean, I write with the Monkeys but it’s in a different sort of way. I think when people talk about when siblings sing together there’s something that happens with the harmony, I feel like there’s a bit of that. It clicks into place with the two voices together.”

Which leaves us with a big question for the future: when will the next spark arrive? Another eight years? Next week? Tomorrow? Never? What’s apparent is the last people to ask are probably Alex Turner and Miles Kane, settled as they are in this most unique of songwriting partnerships, accepting it brings out their best but content to allow it to flourish and develop at its own pace.

We can only hope it does arrive. That more records emerge and thus someday, in the future, their own names will be deemed fit to sit alongside those which have gone before them.

There’s plenty of paint left in the can, and plenty of room left on the wall.